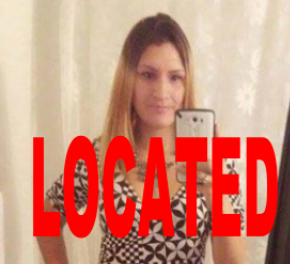 UPDATE (October 26 9:30 a.m.): Family of  missing 29-year-old Lisa Amador report that Lisa has called them as of Monday, October 26th. They are not certain of her ultimate safety, but she has called her family to confirm her current well being and they are asking for privacy while they sort out all of the details of her disappearance.

VICTORVILLE-(VVNG.com):  The mother of a 29 year old High Desert woman is reaching out for help to find her missing daughter. She reached out on a public post to her

Facebook friends saying that she had not heard from her daughter since October 18th.

She said that she received a Faceboook message saying it was from her daughter on Saturday, October 23rd, but she did not think it was her daughter due to a large amount of misspelled words. She also said it was just not her daughter’s style of writing and she felt it was not her daughter behind that message.

Lisa Amador has brown hair and brown eyes, she is about 5’5” and weighs about 130 pounds. Friends and family speak of an at times volatile relationship between herself and her boyfriend  that according to her Facebook profile she has been seeing for over 3 years. Her mother said that he told her they were not getting along so Lisa left. She also shared that the two were recently fighting and he allegedly ran over her foot purposely and continued to try to hit her with the truck.

Her mother says she believes she is somewhere in the Hesperia, Victorville or Apple Valley area. She asks that anyone that has seen her, has any information or knows her whereabouts to contact Helen DeStephano at (936)233-0327.