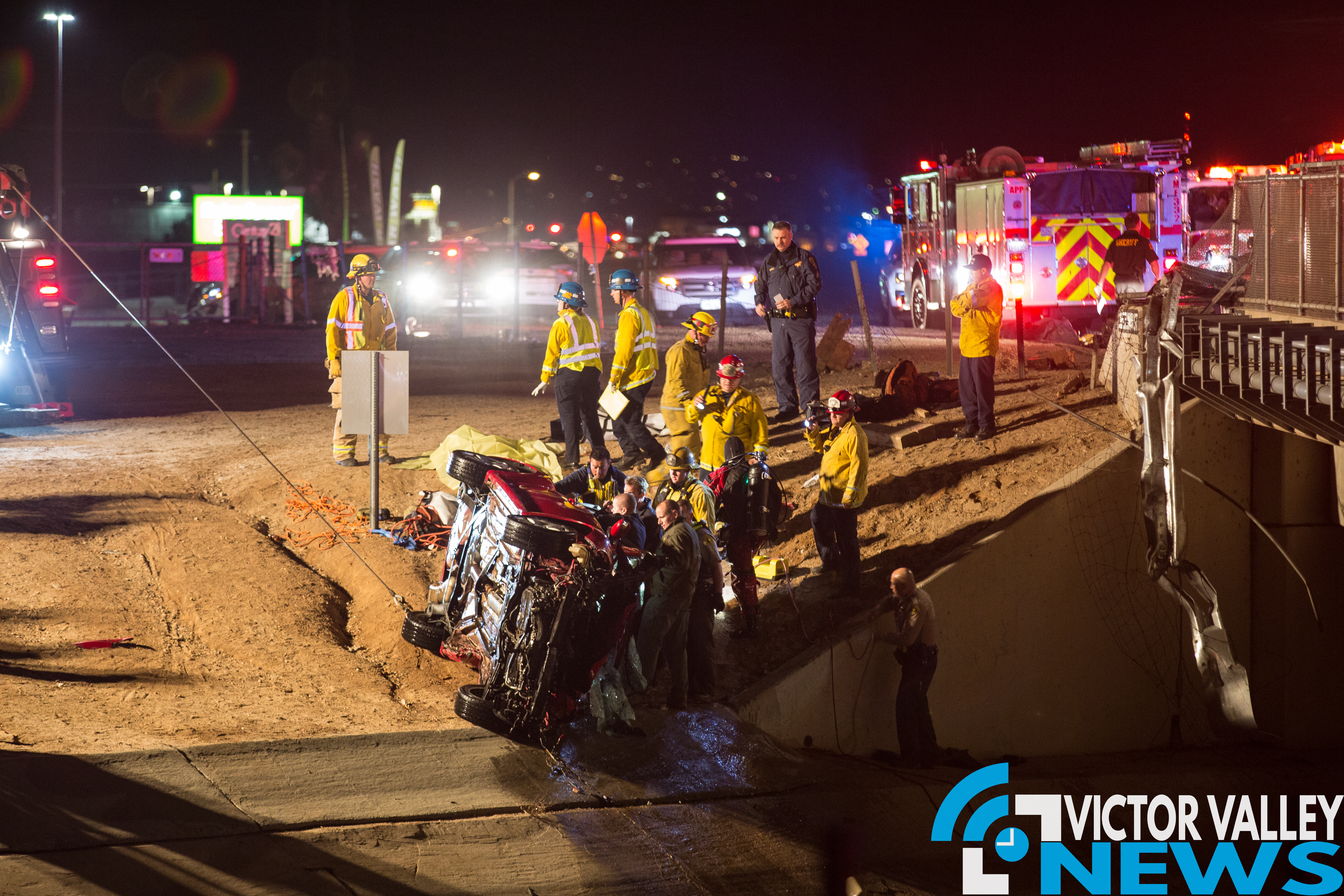 HESPERIA, Calif. (VVNG.com)–  A mother is dead, two children injured, and a fourth child is feared to be missing after their car crashed into the California Aqueduct Thursday night.

At about 6:43 p.m. Sheriff’s dispatch received reports of a vehicle into the aqueduct on Main Street just east of Escondido Avenue in Hesperia.

When deputies arrived, they made contact with a good Samaritan who described hearing a loud bang, he looked over and saw a metal barrier that leads into the aqueduct broken.

The man parked his car to investigate and noticed a young boy hanging on to a rope in the chilly waters of the aqueduct.

Per the witness, the boy was 10-years-old and stated his family was still in the vehicle. “The boy had a huge gash on his forehead and was bleeding heavily. He was alert and most importantly alive,” the witness stated.

The Sheriff’s helicopter responded and searched the aqueduct for the vehicle as well as any other victims. A Sheriff’s Dive Team entered the water and located the vehicle a short time later. A young girl, possibly 2-years-old, was pulled unresponsive from the waters and rushed to a trauma center.

“The child was taken out of the water and taken to a local hospital where they are conducting life-saving procedures. We have not received information that the child is actually deceased at this moment,” stated Sergeant Ron Goddard with the San Bernardino County Sheriff’s Department.

The vehicle was then pulled from the aqueduct, and a woman’s body believed to be the mother of the children surfaced and she was pronounced deceased at the scene, officials confirmed.

According to San Bernardino County Fire spokesman Eric Spies, the search continued for approximately two hours before the operation changed from a rescue to a recovery operation. “There are unconfirmed reports of a fourth person still possibly missing,” stated Spies. “The search is still continuing until we can confirm that.”

The man claiming to be the father of the children arrived at the scene shortly after 10:00 p.m. and was in distress when he learned about the incident.

The Sheriff’s Department is conducting an investigation into the cause of the accident.  Information will be updated as it becomes available.

A vehicle drove through a barrier and landed in the aqueduct with three people located and another child reported to be missing. (Gabriel D. Espinoza, Victor Valley News)