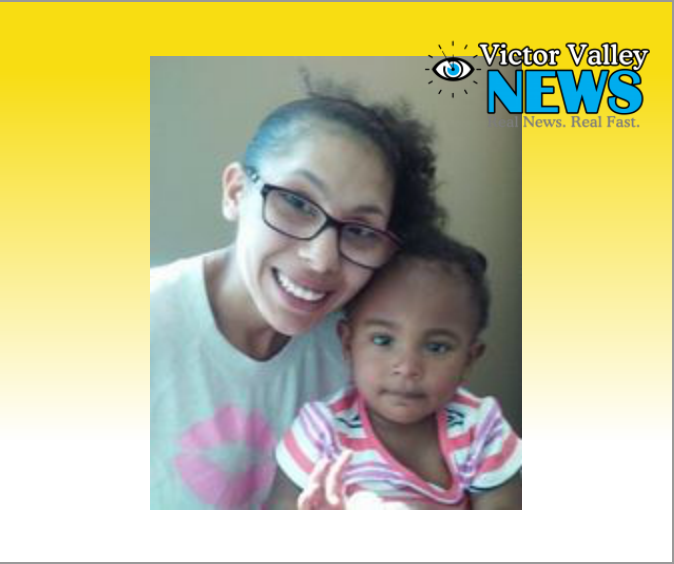 VICTORVILLE-(VVNG.com): Rachel Fellows, a 22-year-old mother of a 16-month-old baby girl was arrested on February 26th following a February 17th Victor Valley Global Medical Center emergency room visit. The staff at the hospital reported the injuries that they believed to be suspicious in nature. The following day,

the toddler was transferred to Loma Linda Children’s Hospital for treatment of a fractured left leg.

According to Fellows her child was injured while playing with her uncle when she fell back on her leg. Fellows said her baby girl, who was born with some mild bone deformities to her wrists, legs and skull never acted as though she was in pain.

The baby girl was hospitalized at Loma Linda University Medical Center going through extensive testing during her recovery. The hospital also found an old fracture to the child’s right leg. “I had videos of her running around, dancing and playing like normal the times when they said she was recovering for the untreated broken bones. She was seeing her regular pediatrician during that time for normal visits.”

When released, the toddler was released to a foster home temporarily. According to hospital records, there was a “non-accidental” traumatic injury to a child. When asked why the injury says “non-accidental”, Rachel expressed that she felt he was to follow the officers demands and say she was responsible for the injury.

Now Fellows, who has learning disabilities and describes herself as “mildly mentally retarded” has been separated temporarily from her child for nearly two months. She believes her disability made her susceptible to being led to make untrue statements, which incriminated her causing her to lose her child. “I just want my baby back, I would never hurt her, she is my baby I love her,” said Fellows in a Victor Valley News interview.

During the hospital stay for her daughter Fellows begged physicians to test her daughter for Osteogenesis Imperfecta, more commonly known as “Brittle Bone Disease”.

“I have brittle bone disease, so I wanted them to check her for it just to make sure that was not the cause of the broken bones,” said Fellows. According to Fellows the doctors mostly ignored her as if she was looking for an excuse. Finally, a doctor tested the toddler for the disease and was able to diagnose her with type 4 Osteogenesis Imperfecta.

Type 4 Osteogenesis Imperfecta, also called brittle bone disease is a genetic disorder that causes multiple broken bones due to the fragility of the bone due the disease. Poor quality collagen that makes up the bone is to blame for the fragile bones in these individuals.

Fellows is still left to battle her criminal court case, for abuse she says she did not and can’t even fathom committing on her baby girl. She believes the case will soon be dropped based on what she is being told by her attorney, but she is left with the fight for what she cares about most, the fight of getting her daughter back home with her.