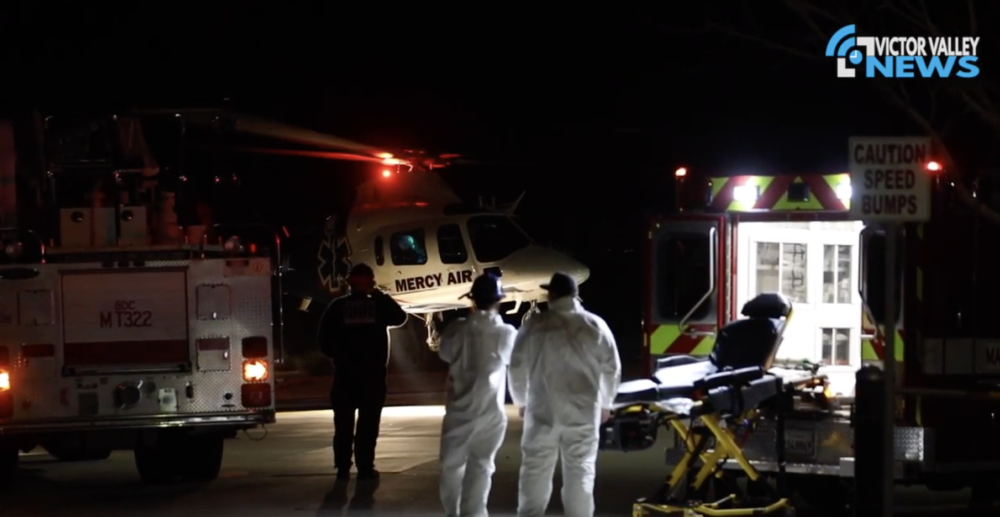 HESPERIA, Calif. (VVNG.com) — A 20-year-old Hesperia man and his mom were arrested after allegedly attempting to cover up a shooting that left a woman paralyzed, officials said.

VVNG first reported on the alleged accidental shooting investigation that resulted in a woman being airlifted from the parking lot of Oak Hills High School earlier this week.

The 22-year-old female victim told police she had inadvertently shot herself at a residence in the 15000 block of Mission Street, sheriff’s officials stated.

Deputies at the scene determined the evidence suggested otherwise and turned the investigation over to the Hespera Stations Detective Bureau and Multiple Enforcement Team.

A search warrant was served at the victim’s boyfriend, Joseph Bautista-Lares’ Hesperia residence.

“During the investigation, Detectives learned Joseph shot the victim and with help from his mother, Marisol Lares, he fled the scene,” stated sheriff’s officials. “Marisol then proceeded to wipe the firearm down in [an] attempt to remove fingerprints and staged the gun near the victim before deputies arrived.”

On Friday, April 3, 2020, deputies contacted 42-year-old Marisol and Joseph and they were arrested. Both were booked into High Desert Detention Center for PC 245(A)(2), assault with a firearm. In addition, Marisol was booked for PC 136.1(A)(1), dissuading a victim/witness and PC 32, accessory.

Officials said the victim survived her injuries but is paralyzed.