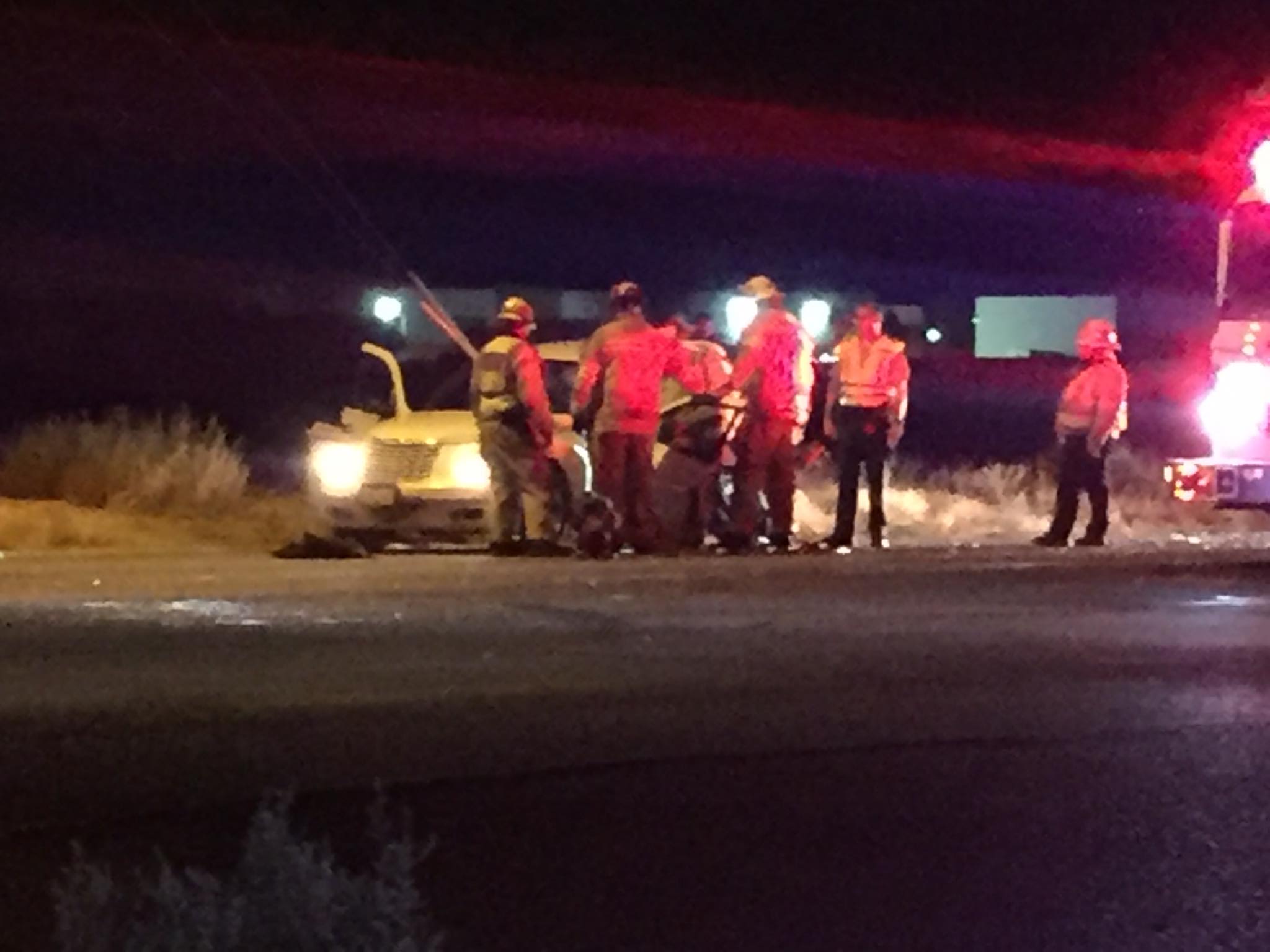 APPLE VALLEY, Calif. (VVNG.com) — A mother and her 2-year-old child were airlifted to a trauma center after a Wednesday night crash in Apple Valley.

It happened On October 3, 2018, at the intersection of Central and Ottawa Roads in Apple Valley.

At about 8:00 pm, Apple Valley station deputies and firefighters with the Apple Valley Fire Protection District responded to a two-vehicle traffic collision.

According to a sheriff’s news release, a gray 2007 Chevy Silverado was driving north on Central and a white 2005 PT Cruiser was heading west on Ottawa Road.

Firefighters had to utilize special tools to help extricate an occupant trapped inside the PT Cruiser, scanner traffic reported.

The driver of the PT Cruiser, a 23-year-old female resident of Apple Valley, and her rear passenger, a 2-year-old female, suffered major injuries due to the collision. Both were transported to Antelope Valley Hospital by helicopter. The two occupants of the Chevy were not injured.

Anyone who may have witnessed the collision is urged to call the Apple Valley Station at 760-240-7400 or those wishing to remain anonymous can contact WeTip at www.wetip.com or 800-782-7463.