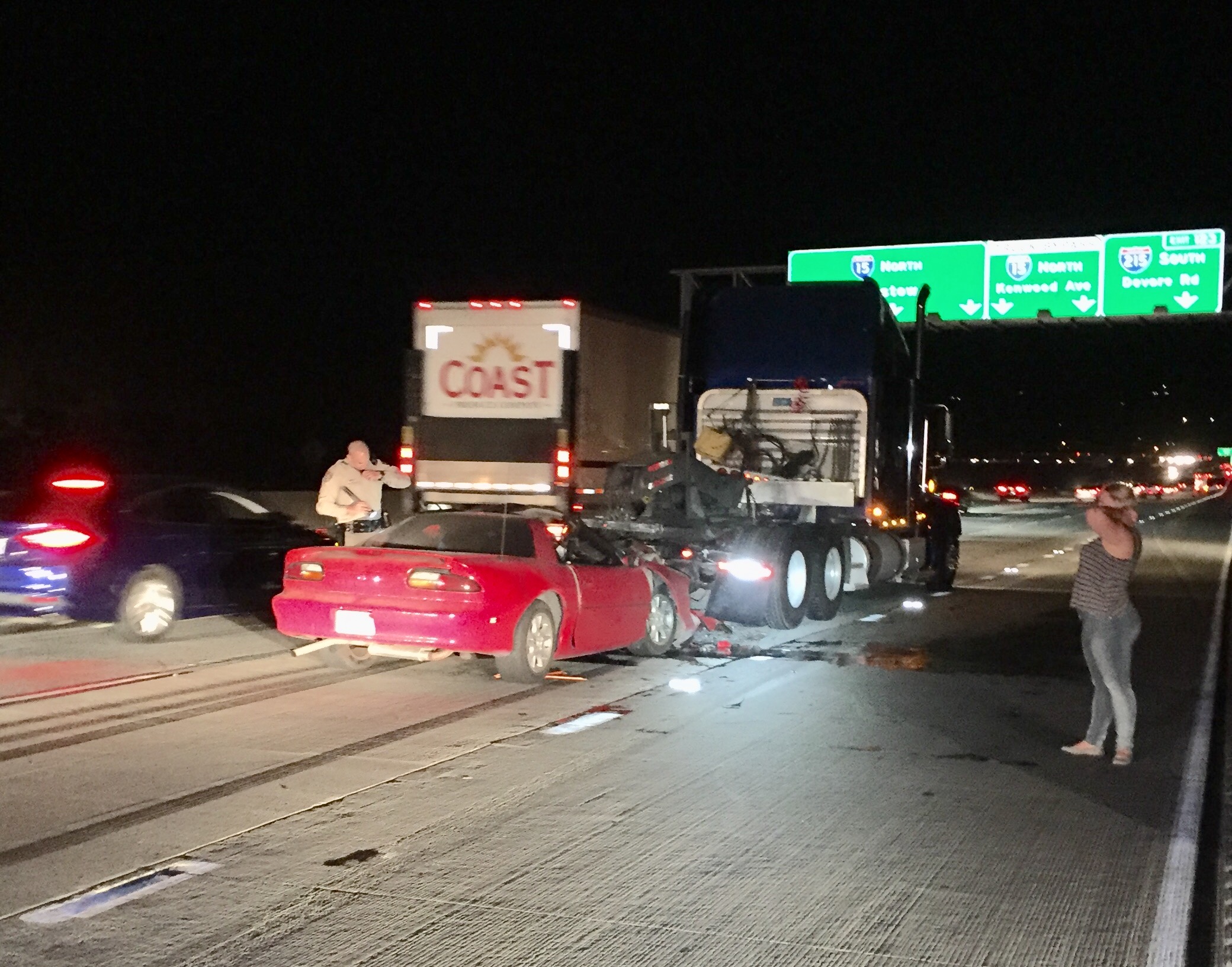 DEVORE, Calif:(VVNG.com)– On Saturday, August 13, 2016, at 9:35 PM, officers of the California Highway Patrol were sent the Interstate 15, north of Glen Helen Parkway, San Bernardino, to investigate the report of a two-vehicle traffic accident.

Upon arrival, they found the driver of a semi-tractor was traveling northbound on the Interstate 15 north of Glen Helen Parkway in Devore when his vehicle had a mechanical failure and stopped in the number four lane.

When it stopped, the semi-truck was struck in the rear by a Chevrolet Camaro driven by a 30-year female, from San Bernardino. Paramedics responded and pronounced her dead at the scene.

A 9-year-old male, believed to be her son, was transported by ambulance to Community Hospital San Bernardino, where he was declared dead at 10:48 PM.

The California Highway Patrol is investigating the incident. The names both victims will be released once they have been positively identified.