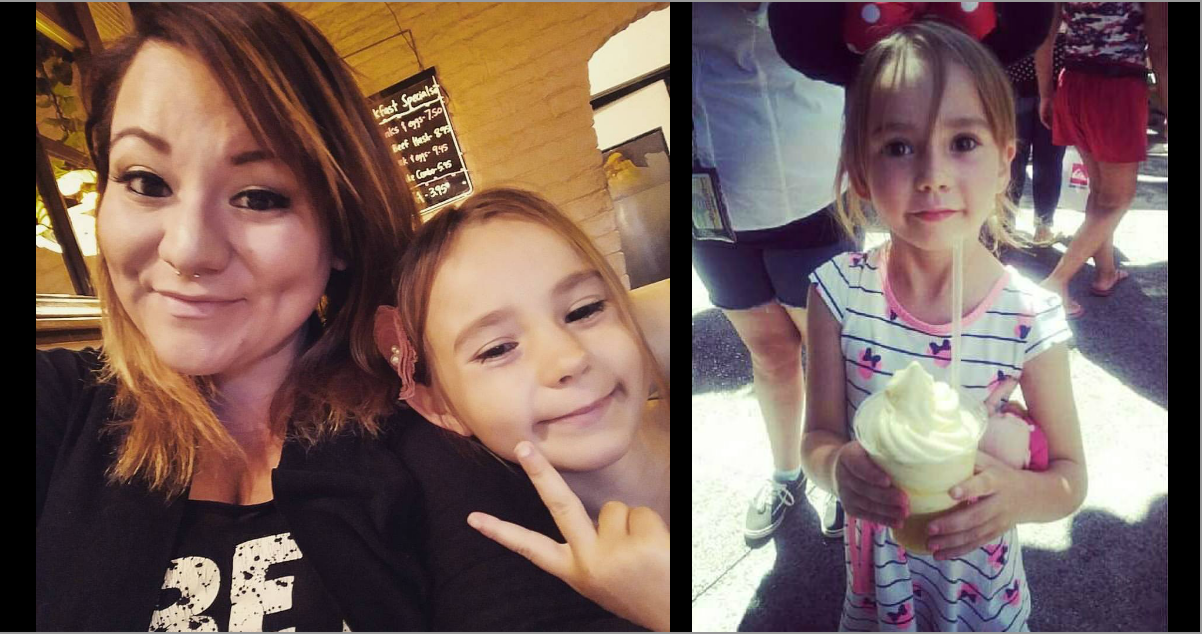 VICTORVILLE, Calif. (VVNG.com) A mother whose daughter was killed by a reckless driver wants to bring awareness of the power people have behind the wheel of an automobile.

On April 30, 2016, Lisa Leonard and 7-year-old Izabela Rose Robinson were on their way to Griffith Park Observatory from Victorville, where they planned to spend a fun-filled mother and daughter day.

As they traveled on the westbound 210 freeway near Rancho Cucamonga, a Toyota Camry struck their vehicle causing their Ford Focus to crash into the freeway wall.

On Friday, May 19, 2017, Lisa turned to Victor Valley News Facebook group not only to provide an update but to share her feelings with the community.

“Today I faced the man who has changed my life forever. A man who pleaded guilty to all charges. This man who was 100% at fault for reckless driving, cutting into the carpool lane and whom has never been licensed but since he simply wasn’t under the influence he won’t be charged as a felon. This man who robbed my child from living her life to completion and robbed me from being a mom and a grandmother. This man will only have to serve very minimal in comparison to the crime he committed. There has to be a change in our system and if anything I would hope that every one of you will understand the power you have behind the wheel.

In the comments I will attach my victims impact letter because I feel that people need to know that it’s not just drinking and driving that ruins lives, you can also be an inconsiderate, selfish driver and still ruin lives.

Please feel free to share this and/or my letter. I will fight for Izabela and make this right, even if it’s for another life. This will not break me this will make me and my families bond stronger. We will do it for Izabela. Thank you, everyone, for the support physically and in spirit.”

This would be the second hardest thing I’d ever had to write; the first would be my daughter’s headstone…

Some days I feel so numb that I would question if this is really my reality, how in the world am I supposed to go on living without half of me? Other days I feel so raw with emotion that I have to go on without the other half me that I can hardly breathe let alone function.

Izabela has changed me more than any person I have ever met. She had an old soul and mimicked me in so many ways. She is my best friend and she brought me so much joy that at times I often thought my heart would burst with the immense love that I have for her. Even her skin felt perfect and the scent of her hair. Whenever I was having a rough patch I would look at her and I suddenly found strength, I often said as long as I have my Izabela Rose I’d be ok.

People say that losing a child is every parent’s worst fear. I oddly never had that fear because to me something like this was unfathomable.

Izabela would often ask me for a brother or a sister and I would tell her that she was way too perfect and if I had another child that I wouldn’t like them as much because no one compared to her. She would giggle and say that’s ok I’ll take care of the baby then, and proceed to convince me on how cute babies are and how she can teach them to be like her. These are the conversations that are going to be missed with every ounce of my soul.

On Friday, April 29th will forever be my favorite day, we went to Johns Incredible Pizza for a mother-daughter date, we played games dance with a large bear and I made her an ice-cream float which she was so grateful for. No kid will ever be like her.

On Saturday, April 30th, 2016 I decided I wanted to take her to the Griffith Observatory I had never been and we both love to look at the stars, she had just lost her front tooth so we had magical tooth fairy money to spend.

She had just transitioned into her “big girl” car seat and how I wish that I used the other one just one last time.

Before the impact Izabela said a quite prayer to herself, I heard her thanking God for a mommy like me and the rest was muddled. I looked in the review mirror and told her that I loved her. Within that moment I seen this man rushing into the carpool lane that I was in, I honked and honked shouting in my car, hey’ hey’ as if he could hear me.

How could he not hear or see me?

I questioned my faith, I was so mad as to why she chose to go to heaven instead of staying here with me, I need her more than God does, I was mad at myself, what could I have done better? Why was the only thing worth living for no longer physically here with me?

If they were to sit me in a room and tell me that I had the opportunity to sentence this man I would literally have nothing. There’s no sentencing that would do justice as to what has impacted my life from thriving and being a mommy, what has now dwindled down to antidepressants and therapy sessions. My grief will last a lifetime, the ripple effect will last forever.

The hardest part about all of this is, this man wasn’t under the influence, he wasn’t trying to swerve from an object in the road or a stopped car, he wasn’t even legally supposed to be behind the wheel.

There is no justification to his actions. This man made the conscious decision to rush into my lane despite hearing my honking but yet gets the sentencing as a mere slap on the wrist. He gets nothing compared to the living hell that i will have to survive through each and every hour of every single day that I breathe. My soul will forever ache for something that once was but will never be.