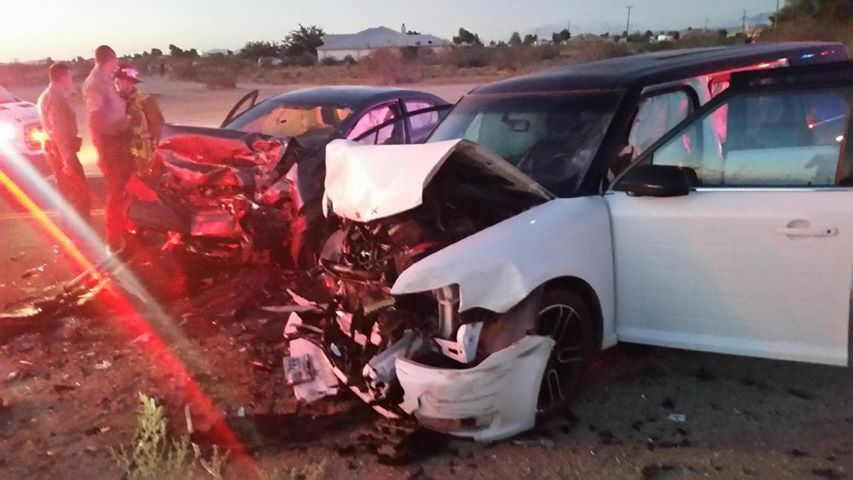 VICTORVILLE, Calif. (VVNG.com) — Alcohol is believed to have been a factor in a head-on crash that left a mother and her three young children injured, officials said.

It happened on Friday, September 19, 2019, just before 6:00 am at the intersection of Bear Valley and Daisy Roads in Victorville.

Sheriff’s spokeswoman Mara Rodriguez said the driver of the Civic, 25-year-old Juan Ramon Gutierrez of Adelanto, was driving westbound on Bear Valley Road when he crossed into the eastbound lanes and collided with the Ford.

The wife’s husband, Mike Kindrich shared a photo of the crash and said, “I could have lost my entire family because of one selfish decision. My wife did what she could to avoid this guy and he still hit dead head-on, both vehicles doing approximately 55mph. Please! Don’t drink and drive!”

Rodriguez told VVNG “it is believed alcohol may have been a factor in the collision.”