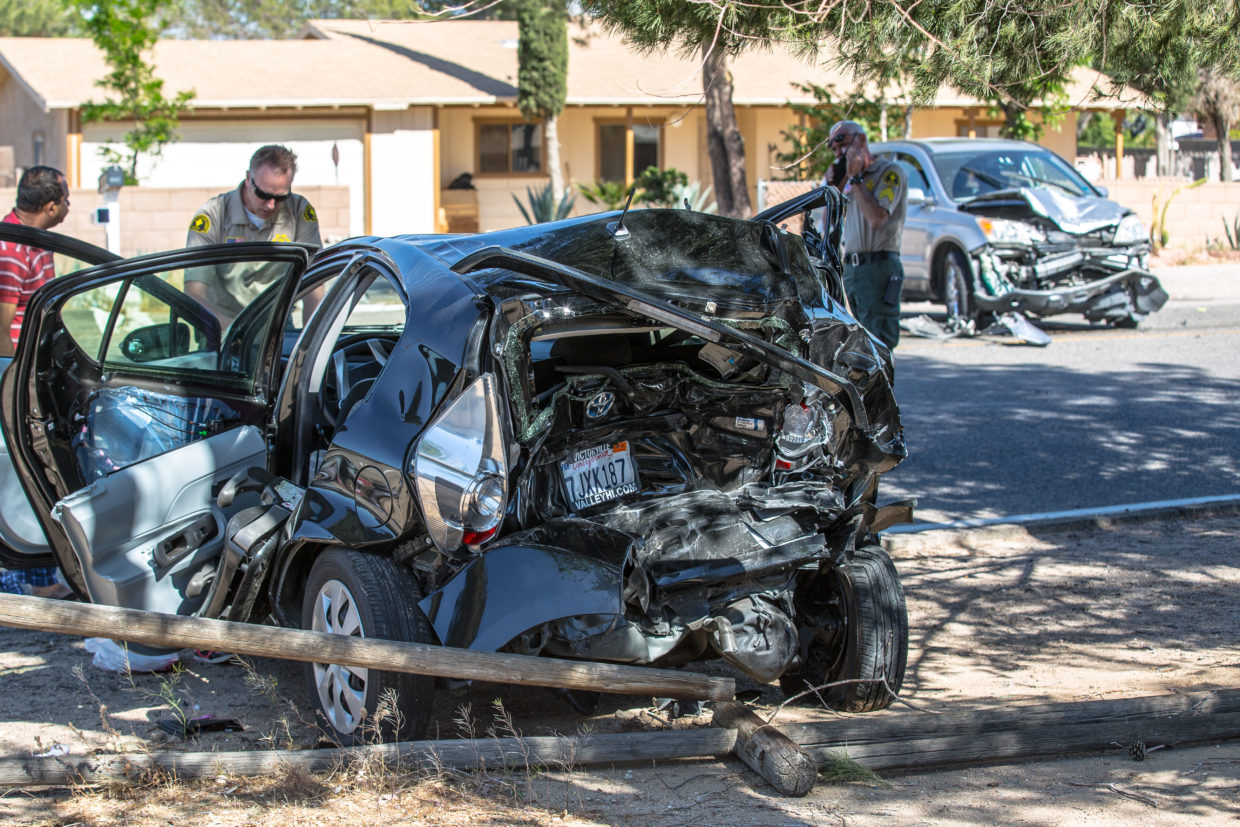 HESPERIA, Calif. (VVNG.com) A total of four people were injured, including a mother and two children who were all airlifted following a crash Friday afternoon.

The accident was reported around 3:07 p.m. near the intersection of Hercules Street and Maple Avenue in Hesperia.

“I was on the phone with Charter and I heard a loud noise and knew it was a car crash,” Roberta Lopez told Victor Valley News.

Lopez said she ran out and saw two young kids in the back seat of the car with the father still in the driver seat and mother in the passenger seat.

“The boy was asking for help and saying his back and tummy was hurting, and I tried my best to comfort them,” said Lopez. 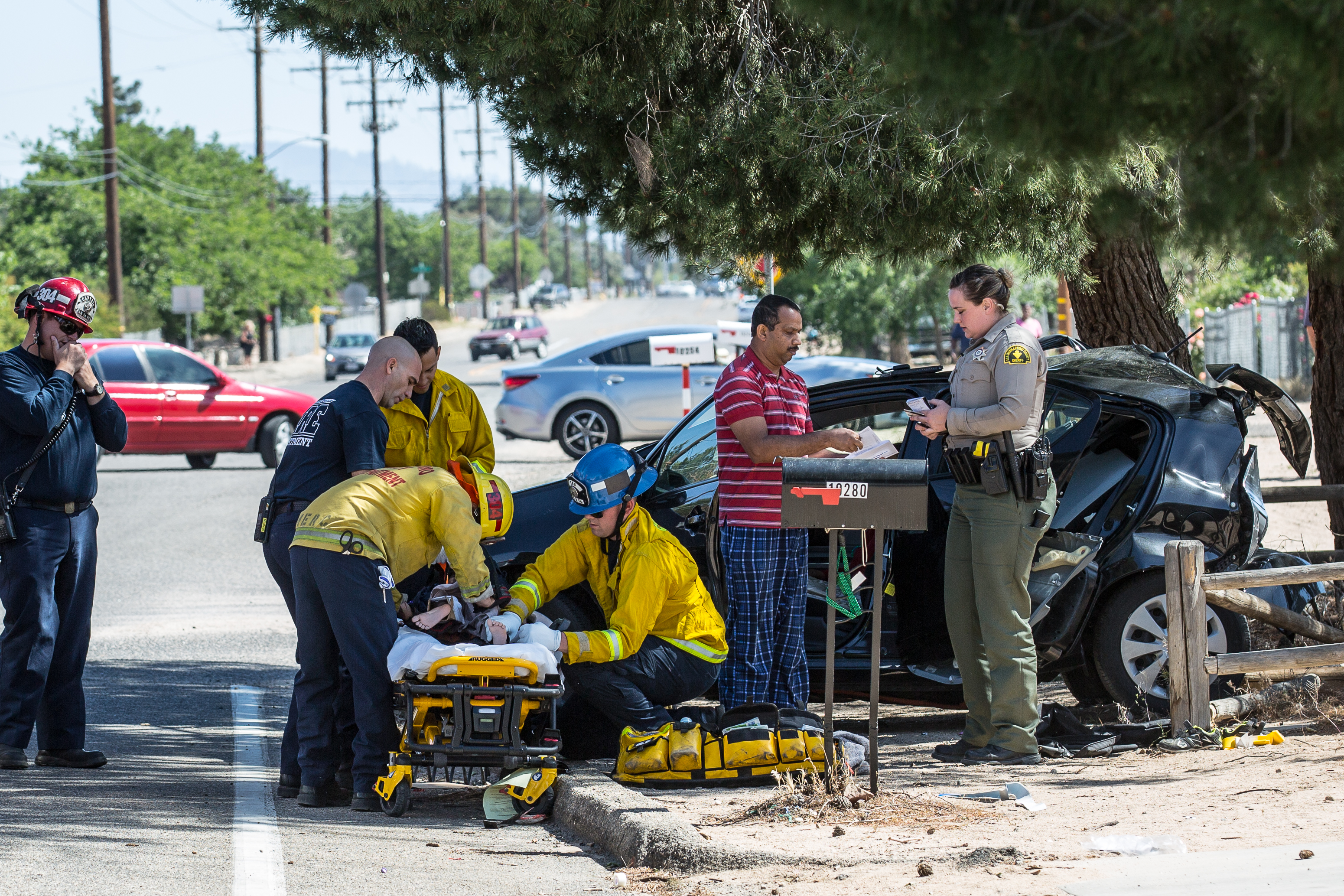 Firefighters from the San Bernardino County Fire Department were preparing the second child for transport to a hospital to be airlifted. (Hugo C. Valdez, Victor Valley News)

Lopez not only comforted the family in the Prius but also provided a chair for the distraught driver of the Honda.

“She was crying and shaken up and very sad about the accident. She is only 20 years old and was just crying,” said Lopez.

Authorities said the driver of the Honda was traveling northbound on Maple Avenue when they rear-ended the Prius that was also northbound and was attempting a left turn onto Hercules Street.

The driver of the Honda was also transported by ground ambulance to a local hospital.

Lopez said she feels unsafe living near the intersection where the accident occurred.

“I really feel now that it’s time for me to move because it’s just too much. They need some type of stop sign here because, between Mauna Loa Street and Willow Street the cars pick up a lot of speed, there have been many, many accidents,” Lopez said, “I don’t know if they’re going to wait for someone to die here or what before the city does anything.”

Lopez was unaware of the accident on Maple Avenue in Hesperia yesterday that claimed the life of an Oak Hills woman.

The accident is currently under investigation by the San Bernardino County Sheriff’s Department Hesperia Station.