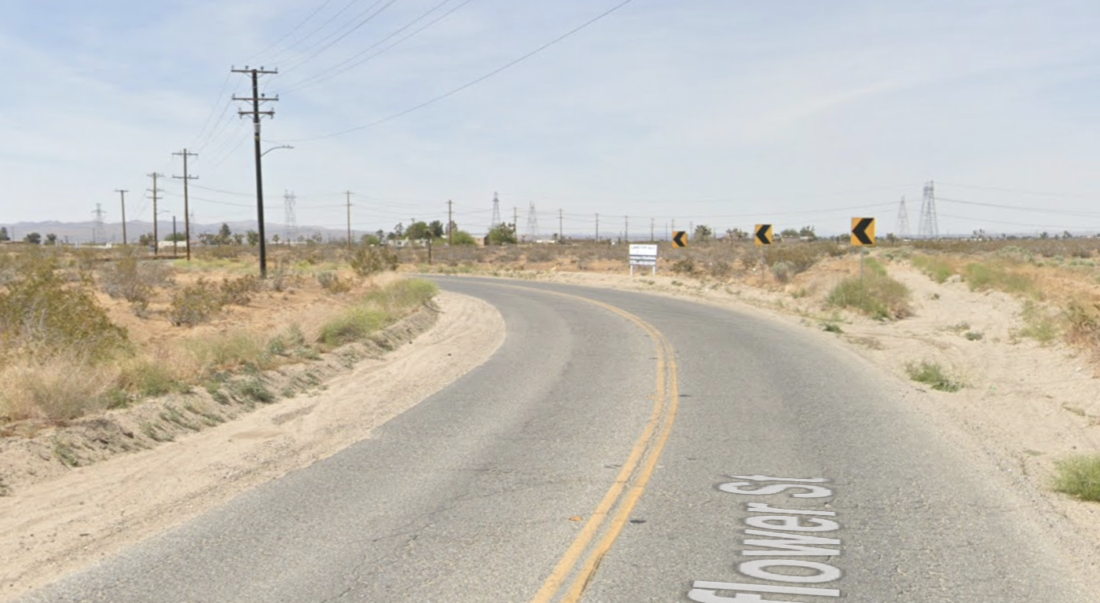 A 47-year-old man from Coalinga, CA died as a result of his injuries in a Monday night crash. (google maps)

ADELANTO, Calif. (VVNG.com) —  A Monday night rollover crash in Adelanto claimed the life of a 47-year-old man from Coalinga, CA.

San Bernardino County Fire responded to the incident and located a 2008 Ford Pickup truck approximately 30-50 feet off the roadway. The driver was trapped in the mangled wreck and required major extrication.

Sheriff’s spokeswoman Lora Way told VVNG the pickup truck was traveling northbound on Bellflower, north of Pansy when it collided with the dirt embankment and rolled several times into the vacant field.

Way said the male was extricated and transported to Victor Valley Global Medical Center where he passed away. The driver was the only occupant in the vehicle.

The identity of the deceased male will be released by the San Bernardino County Sheriff-Coroner’s Office pending notification of next of kin.

Anyone with information about the crash is asked to call the Victor Valley Sheriff’s Station at 760-552-6800.