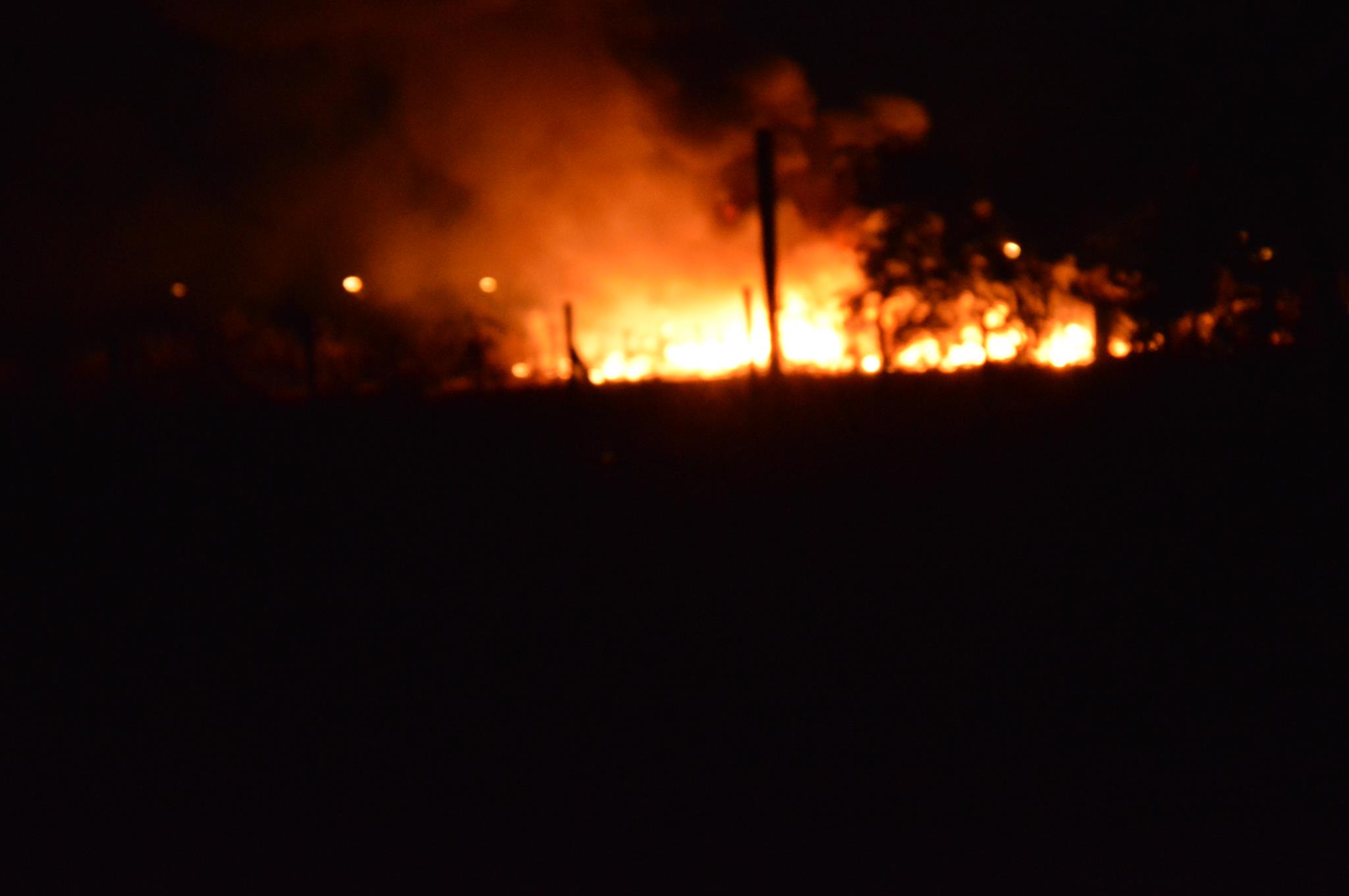 ADELANTO-(VVNG.com): A residential structure fire on the 15500 block of Fremontia Avenue in Adelanto was reported at approximately 3:10 a.m., on Monday, June 29, 2015.

Upon arrival firefighters quickly determined that the fire was not burning a structure, but a nearly ¼ acre 3 foot tall heap of rubbish.

According to the San Bernardino County Fire Department Spokeswoman, Tracey Martinez,  a small dilapidated outbuilding was also burned to the ground.

The debris pile consisted of trash, old appliances, tires and other waste that created an enormous heavy cloud of black smoke. The quick work of the firefighters had the blaze out before 4:00 a.m. without further exposure to nearby structures or vegetation.

The cause of the fire is still under investigation at this time.

The city of Adelanto uses Burrtec (Avco) Disposal, for residents of single-family homes they provide four bulky item pick ups with up to five items for pick up for no additional charge. Those wishing to have large items like furniture and appliances picked up can call 760-245-8607 by the day before their regular trash pick up day.