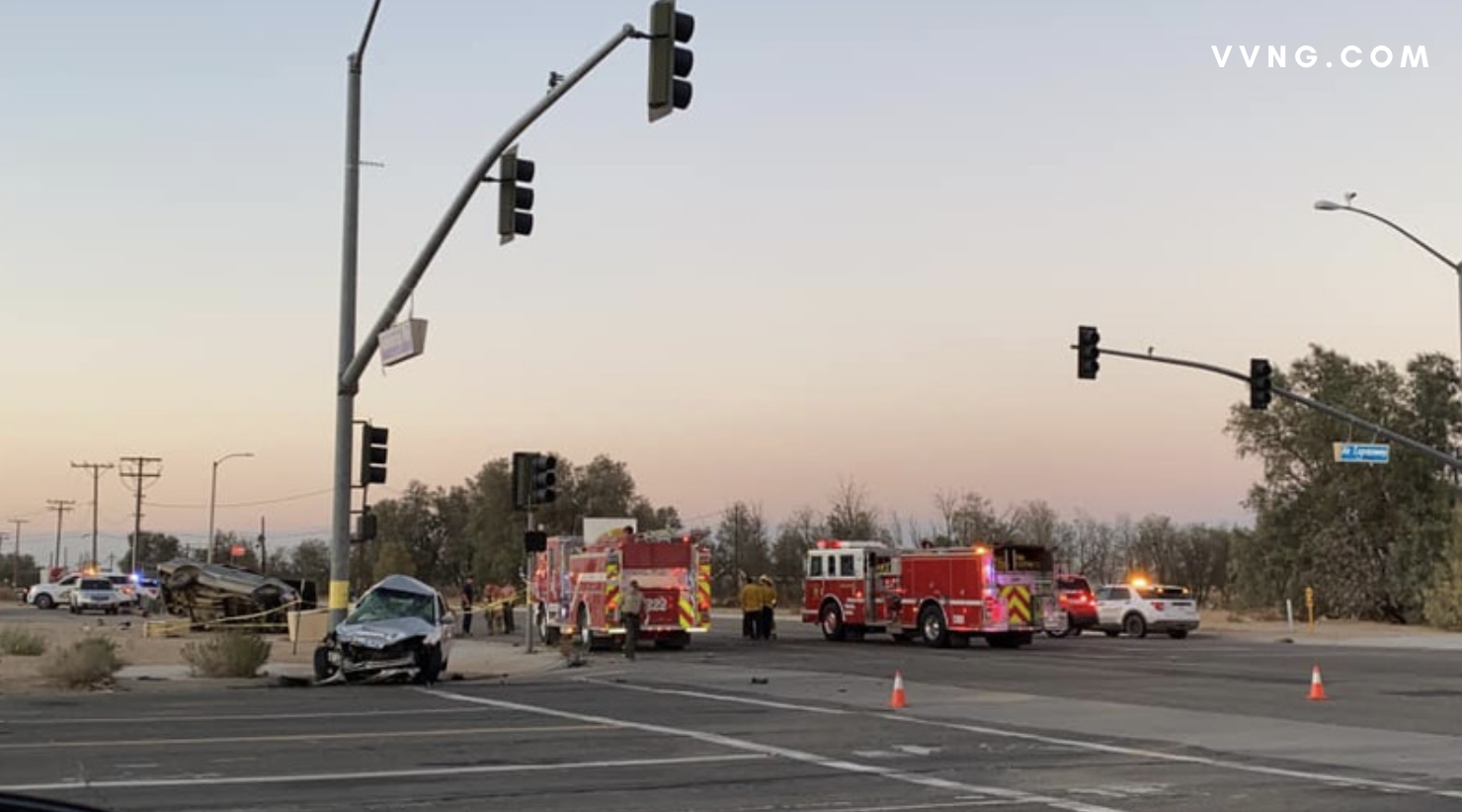 ADELANTO, Calif. (VVNG.com) — A traffic collision in Adelanto caused by a 21-year-old driver that ran a red light claimed the life of a mother and caused critical injuries to her husband and child, officials said.

It happened on Saturday, September 18, 2021, at about 5:57 pm, at the intersection of Adelanto Road and Air Expressway.

The victim identified as April Lyon, 41, a resident of Adelanto, was driving a tan 1999 Chevy Tahoe with her husband sitting as a front passenger and their 6-year-old son sat in the rear behind Lyon’s husband, officials said.

Sheriff’s officials said the suspect, Ysidro Pinon, 21, a resident of Adelanto, was driving a silver 2011 Ford Fusion northbound on Adelanto Rd and failed to stop for the red traffic light.

Lyon was ejected from her vehicle and was pronounced dead at the scene. Lyon’s husband and son were airlifted to Loma Linda University Hospital for major injuries.

Pinon sustained moderate injuries and refused to be medically transported. Sheriff’s officials said further investigation is needed to determine whether alcohol and/or drugs were a factor in the collision.

Anyone with information regarding this investigation is urged to contact the Victor Valley Station at 760-552-6800.  Callers wishing to remain anonymous should contact the We-Tip Hotline at 1-800-78-CRIME (27463) or visit wetip.com.

Motorcyclist airlifted after crash on Amargosa Rd in Victorville