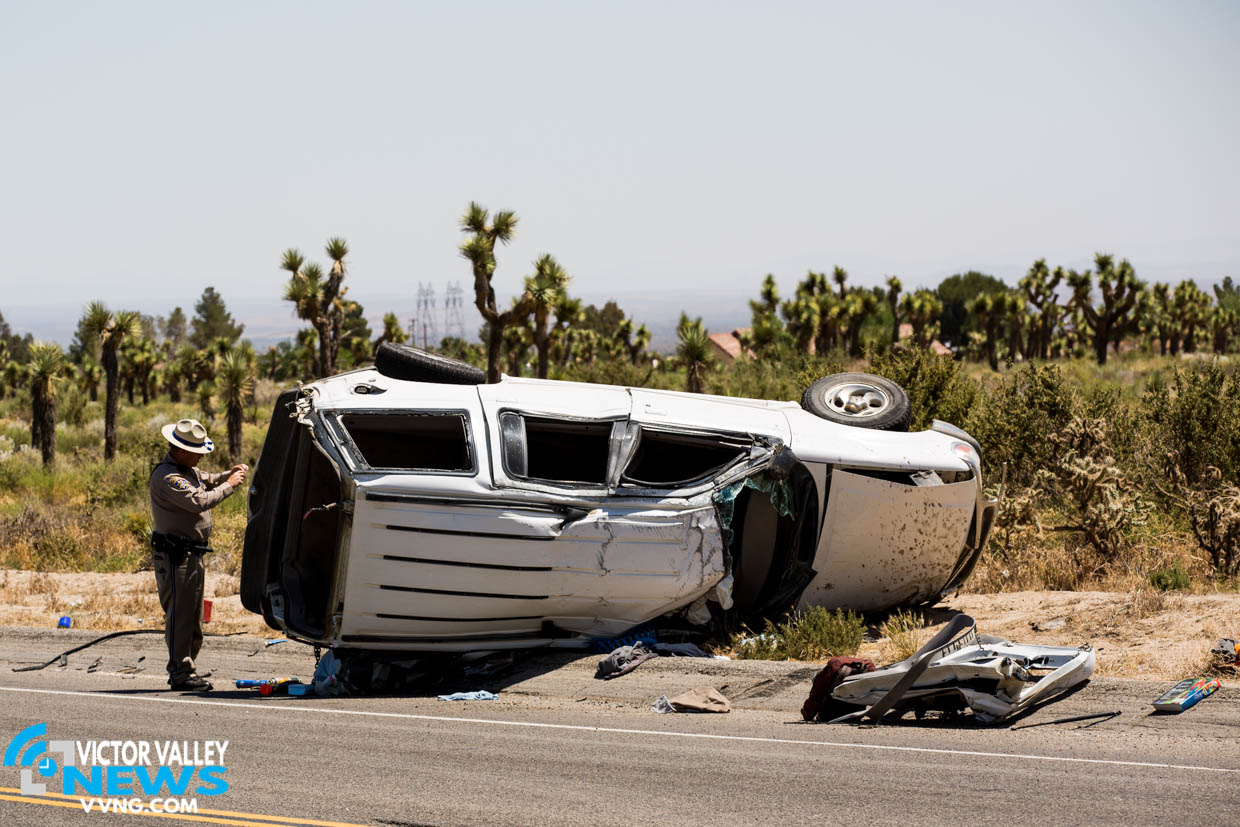 PHELAN, Calif. (VVNG.com) A mother and daughter were both airlifted after sustaining major injuries in a rollover crash while driving back from the young girl’s graduation.

According to the California Highway Patrol, the female driver was ejected from a white Ford Explorer and sustained life-threatening injuries and her 5-year-old daughter was also injured, causing both to be airlifted.

The incident was reported at approximately 10:39 a.m. on June 2, 2017, near the intersection of Sheep Creek Road and Rancho Road in Phelan.

The two critically injured occupants of the Ford Explorer were transported by ground ambulance to Serrano High School and then airlifted to Loma Linda University Medical Center.

A friend of the ejected driver arrived on scene and spoke with Victor Valley News.

“Her tire was flat and I let her borrow my car to take her daughter to her graduation this morning,” stated Austin Hobald.

He told Victor Valley News the young girl was graduating from kindergarten at Phelan Elementary School. He also stated the young girl’s dad recently died in the officer involved shooting that occurred at Walmart in Hesperia on May 31, 2017.

The other involved vehicle, a gray Jeep Renegade, sustained damage to the driver side of the SUV. The two occupants in the Jeep were not injured.

According to a CHP officer Matt Hunt, the white Ford Explorer was traveling northbound on Sheep Creek just south of Rancho Road.

“For reasons still under investigation, (The driver of the Explorer) allowed the vehicle to cross over the double yellow line and strike a Jeep Renegade. After impact with the Renegade, the driver made an unsafe turning movement, lost control and overturned,” Officer Hunt stated.

“The driver, who was not wearing a seatbelt was ejected and sustained major injuries. Additionally, the five-year-old passenger was not in a child safety seat and also sustained moderate injuries,” Hunt stated.

Alcohol may have been a factor in this collision and is still being investigated, CHP Officer Matt Hunt stated.

Sheep Creek Road at Rancho Road is currently closed for an unknown duration while the California Highway Patrol Investigate. 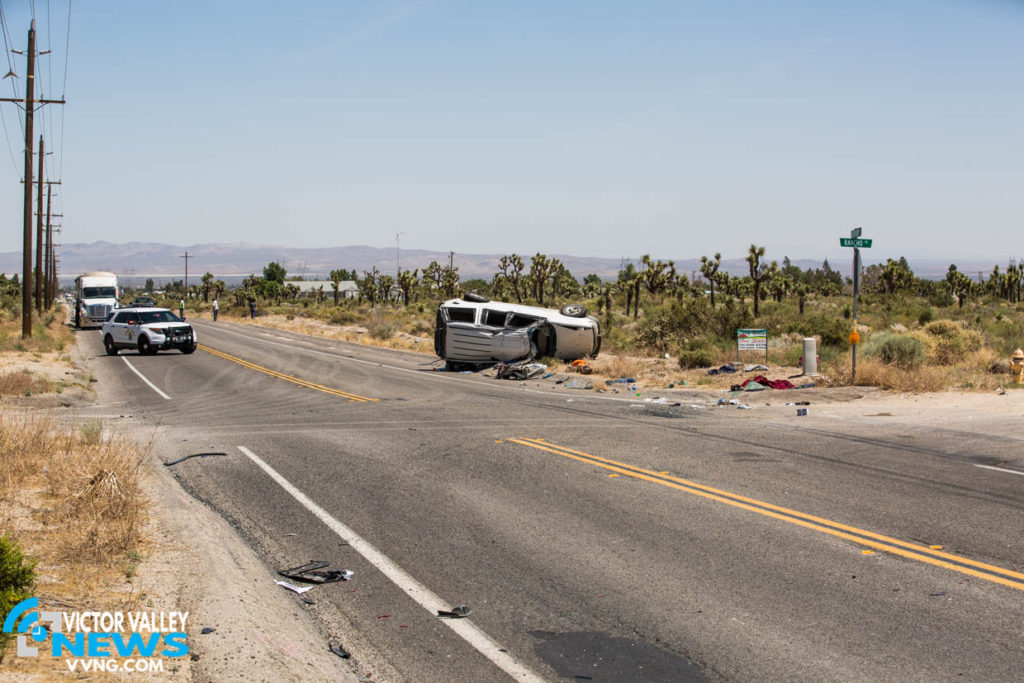 A woman was ejected and seriously injured. Her daughter was also injured in the rollover crash. (Gabriel D. Espinoza, Victor Valley News)