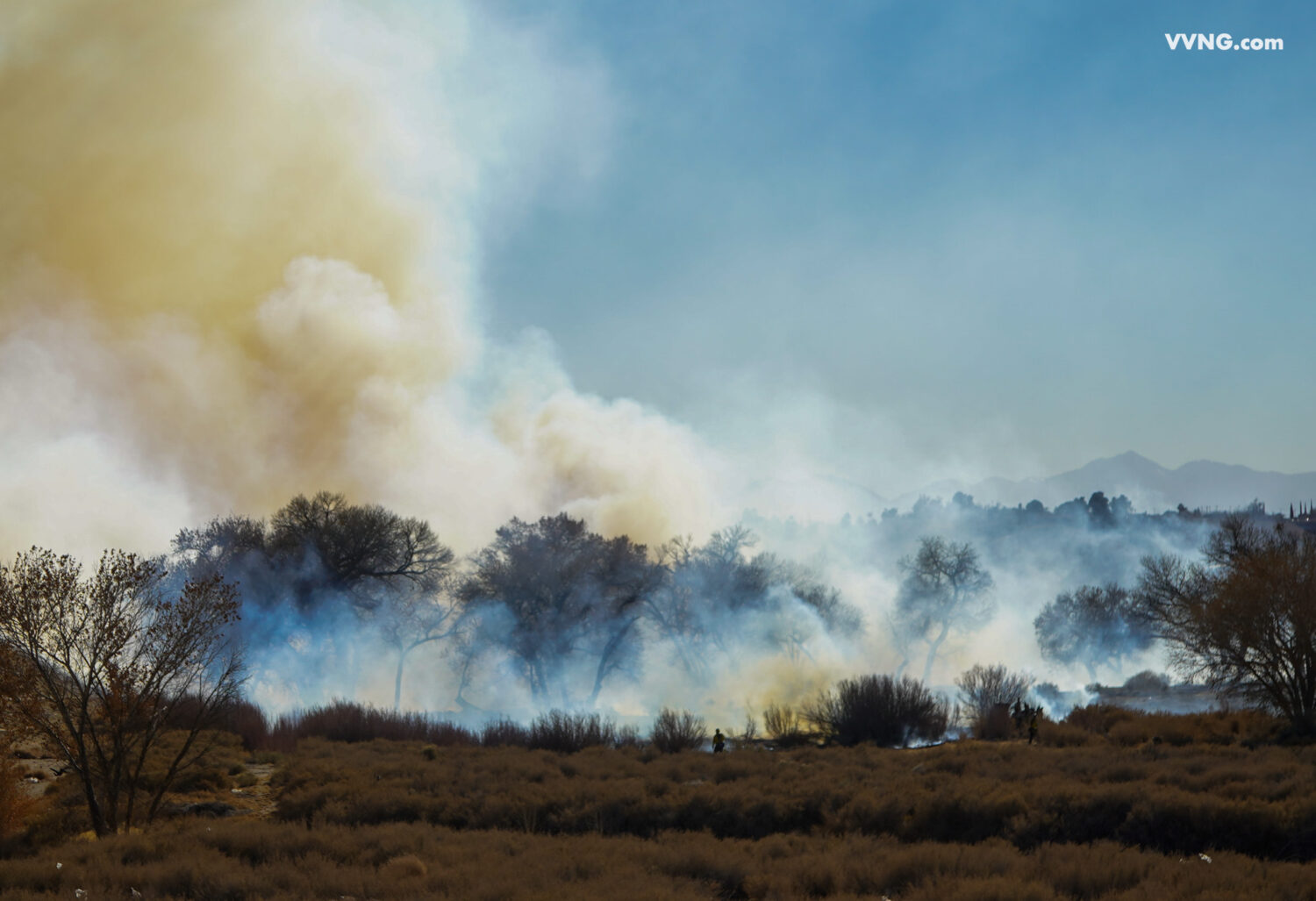 The brush fire was first reported at approximately 1:10 pm, on February 4, 2022, in the area of the northbound I-15 freeway and the Stoddard Wells on-ramp.

Victorville City Fire made access to the fire and reported they had a quarter-acre burning in heavy fuels with the potential of several acres.

A total of eight e engines responded plus a strike team of type of 3 engines. Victorville Fire was aided by Apple Valley Fire, County Fire, and SCLA.

Jones said the fire was contained to approximately 12 acres and the cause remains under investigation.