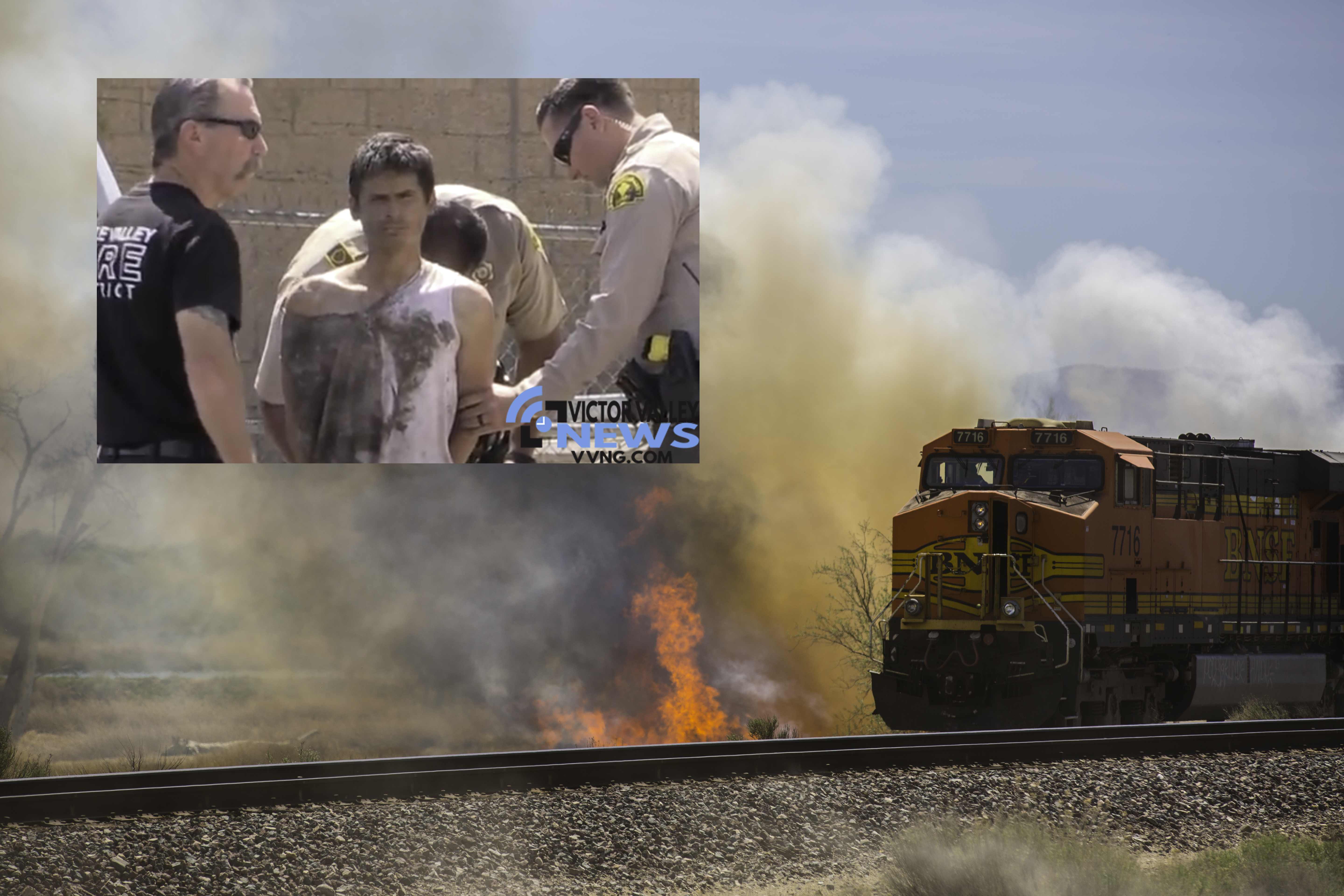 County Fire spokesman Eric Sherwin told Victor Valley News that the fire was 100% contained, and the crew is expected to remain on scene until Friday morning for clean up.

“Thankfully we were able to get the fire under control before the winds really picked up,” Sherwin said.

The suspected arsonist was arrested after leading deputies on a pursuit while still attempting to set other fires during the process, officials said.

Sherwin confirmed that one firefighter suffered minor injuries battling the fire and a deputy was treated for a heat-related illness during the foot pursuit.

The Victor Valley remains under a High Wind Warning with wind gusts expected to be as high as 70 MPH.