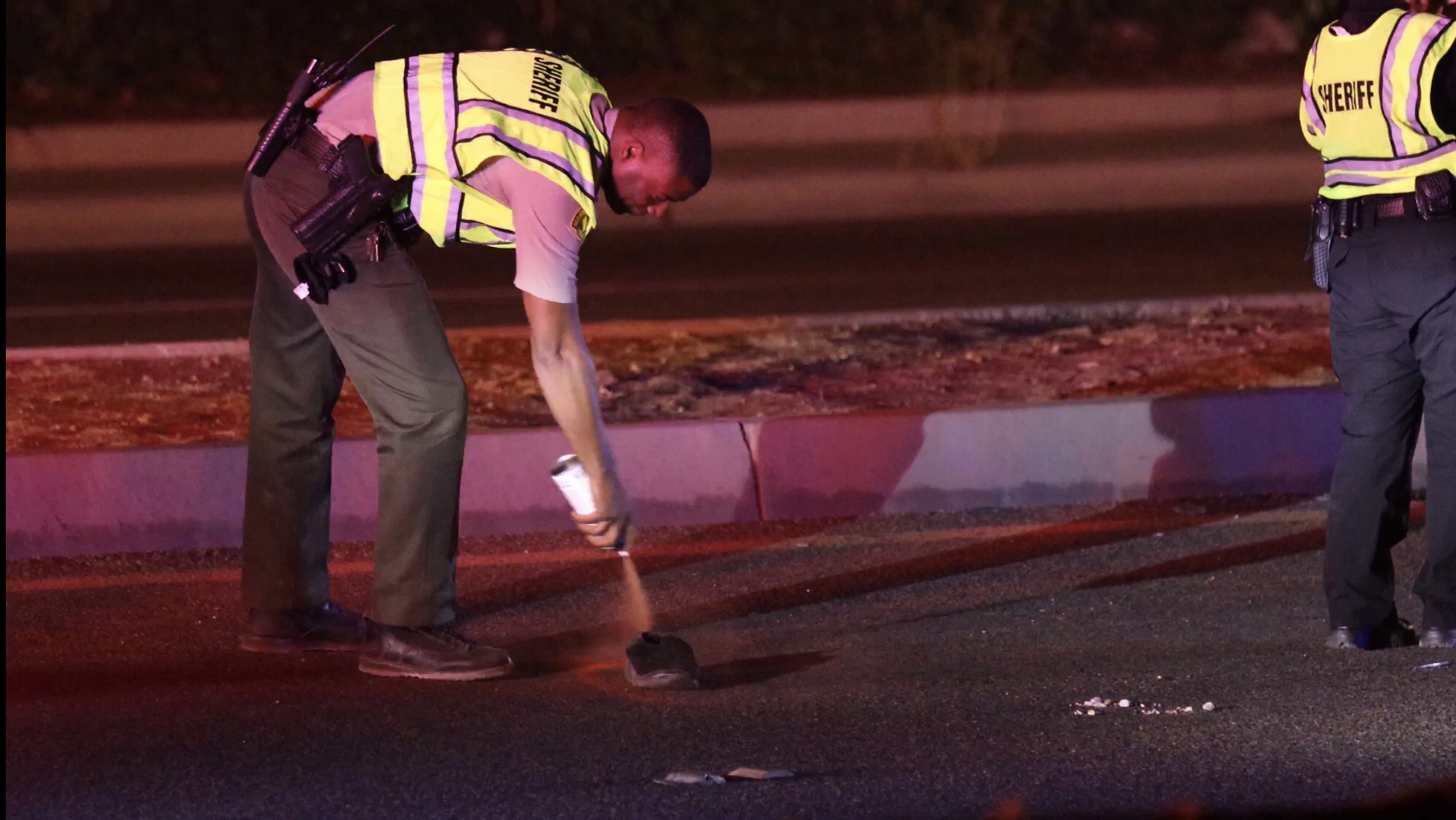 VICTORVILLE, Calif. (VVNG.com) — A stretch of Mojave Drive is shut down in both directions after a pedestrian, described as a teenager or young adult male, was struck multiple vehicles Thursday night.

It happened at about 8:20 p.m., on Mojave Drive between Rocky Knoll Way and West Trail.

The Victorville Police Department, AMR, and Victorville Fire responded to the incident and located a male down in the roadway unconscious, but breathing, scanner traffic reported.

The pedestrian was rushed by ambulance to a track field at Hook Junior High, and then further taken by helicopter to a trauma center.

According to Sergeant Mooradian, it’s believed the pedestrian may have been struck by two vehicles.

Sgt. Mooradian told Victor Valley News that both drivers are cooperating with officials and that drugs and/or alcohol do not appear to be a contributing factor in this crash.

Witnesses described the pedestrian as a Hispanic male wearing all gray.

Mojave Drive is expected to be closed for several hours while the Sheriff’s Major Accident Investigation Team (MAIT) processes the scene.

The identity of the pedestrian is not yet known.