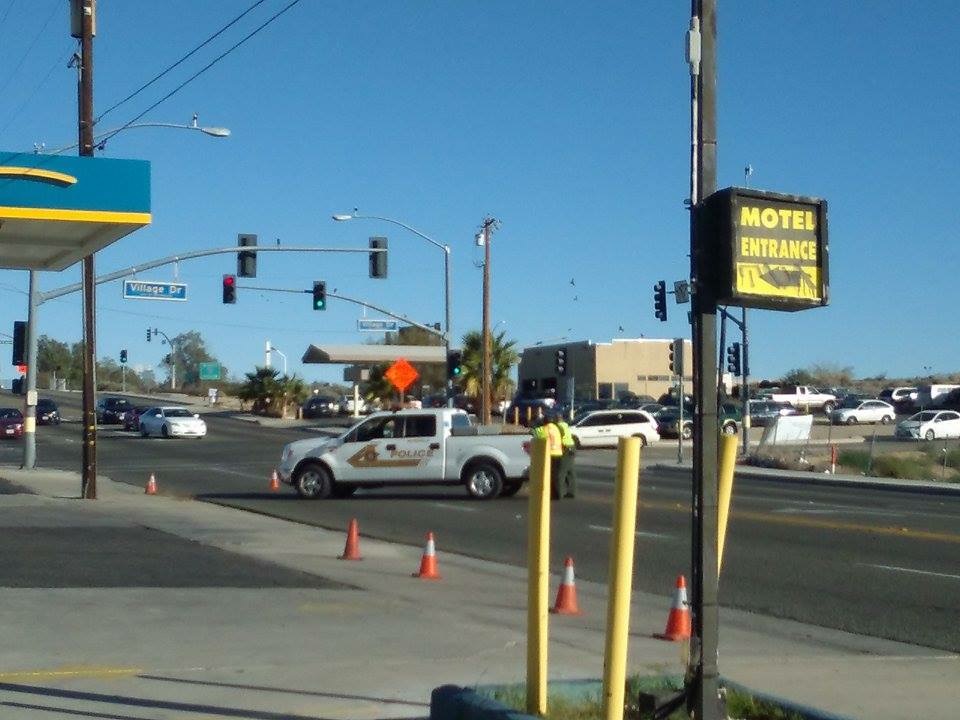 On Wednesday, November 11, 2015 at about 2:00 P.M., dispatch received a report of a vehicle vs a pedestrian on Mojave Drive and Condor Road. Upon arrival, authorities located a female lying in the roadway. The patient received advanced life support at the scene before she was transported to Victor Valley Global Medical Center via ground ambulance. An airship was requested and airlifted the female to Loma Linda University Medical Center. The condition of the patient is not available at this time.

According to authorities, a silver Toyota Camry traveling eastbound on Mojave Drive struck the pedestrian as she walked across the intersection and directly in the path of the vehicle. Police say, after the impact the driver immediately stopped at the scene. The driver of the Camry was not injured.

Although the cause of the crash appears to be accidental, the Major Accident Investigation Team (M.A.I.T) is at the scene conducting a thorough investigation. Mojave Drive is expected to be closed for several hours between Don Roberto and Village Drive.