VICTORVILLE, Calif. (VVNG.com) — A young woman who was reported missing from Phelan was found murdered in Victorville Monday afternoon.

According to officials, Gonzales’ mother had not seen her since Friday, November 16th and requested a missing person’s report.

On Monday, November 19, 2018, at approximately 1:30 p.m.,  Deputies from the Victor Valley Station were in route to her mother’s house to take a report when they received information that Gonzales’ vehicle was found abandoned in an undeveloped housing tract.

“Victorville deputies responded to the area of Mesa View Dr./Bear Valley Rd. where they found Gonzales deceased inside her vehicle,” stated a sheriff’s press release.

Gonzales’ 1997 Honda CRV was parked at the end of a cul-de-sac on Emperor Lane near Don Luis Lane, where the streets are finished but no houses have yet been developed.

Crime Scene Investigators and the San Bernardino County Sheriff’s Homicide Detail responded to conduct an investigation at the site that lasted for nearly 8-hours.

Detectives say the suspect or suspects responsible for her murder are unknown at this time.

Anyone with information related to this investigation is urged to contact the Homicide Detail, Detective Nicholas Clark at (909)387-3589. Callers may remain anonymous and contact WeTip at 800-78-CRIME or www.wetip.com. 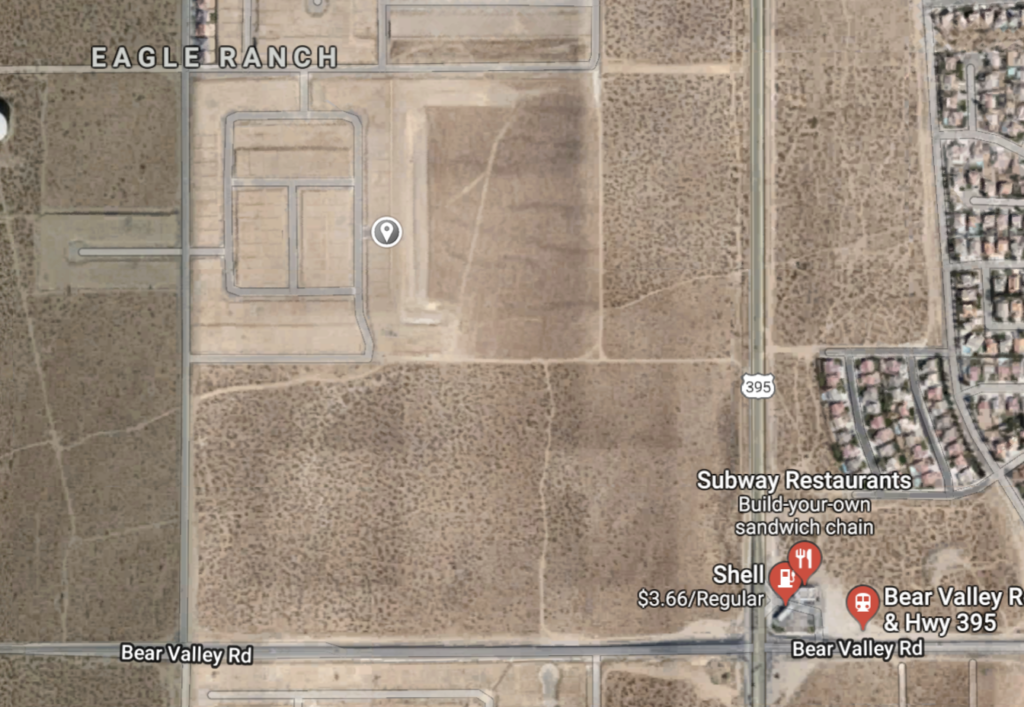 The pindrop shows the location of where Danielle and her vehicle were found. (Google Maps)