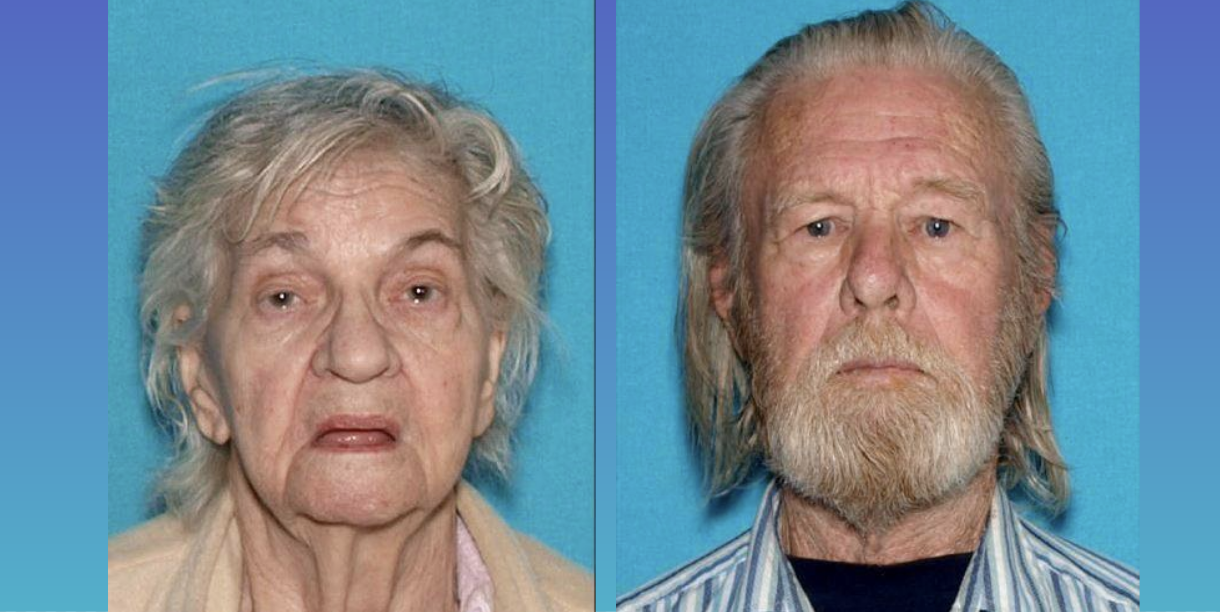 The vehicle they were in, a 2011 maroon Ford Fusion was also reported as missing.

According to the Los Angeles County Sheriff’s Department, Keith suffered from dementia and Pauline suffered from hearing and vision loss.

On Saturday, October 20th at 8:47 p.m. the San Bernardino County Sheriff’s Dispatch received a call from a subject out riding quads in the desert south of Helendale.

Sheriff’s spokeswoman Cindy Bachman told Victor Valley News, “the caller found a vehicle abandoned in the desert and also located a walker nearby with a purse hanging on it.”

When deputies arrived they located the vehicle and determined it belonged to an elderly couple.

Pauline was located a short distance away, alive but incoherent, Bachman said. Due to the steep terrain, Pauline was transported out by a sheriff’s patrol unit by hand then to an ambulance waiting on Helendale Road.

Authorities requested the use of a K9 to respond and assist in the search for Keith who was located deceased approximately 100 yards from the vehicle. Officials said there were no signs of trauma.

As part of the investigation, the LA Homicide Unit is now looking into this case. 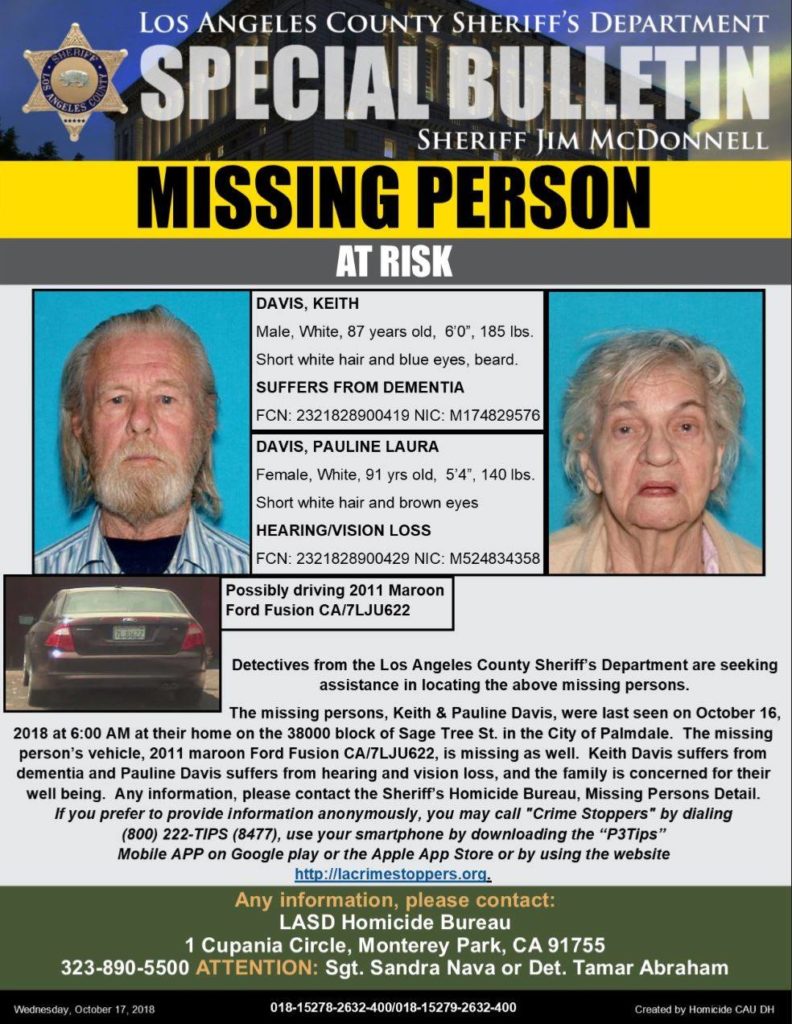