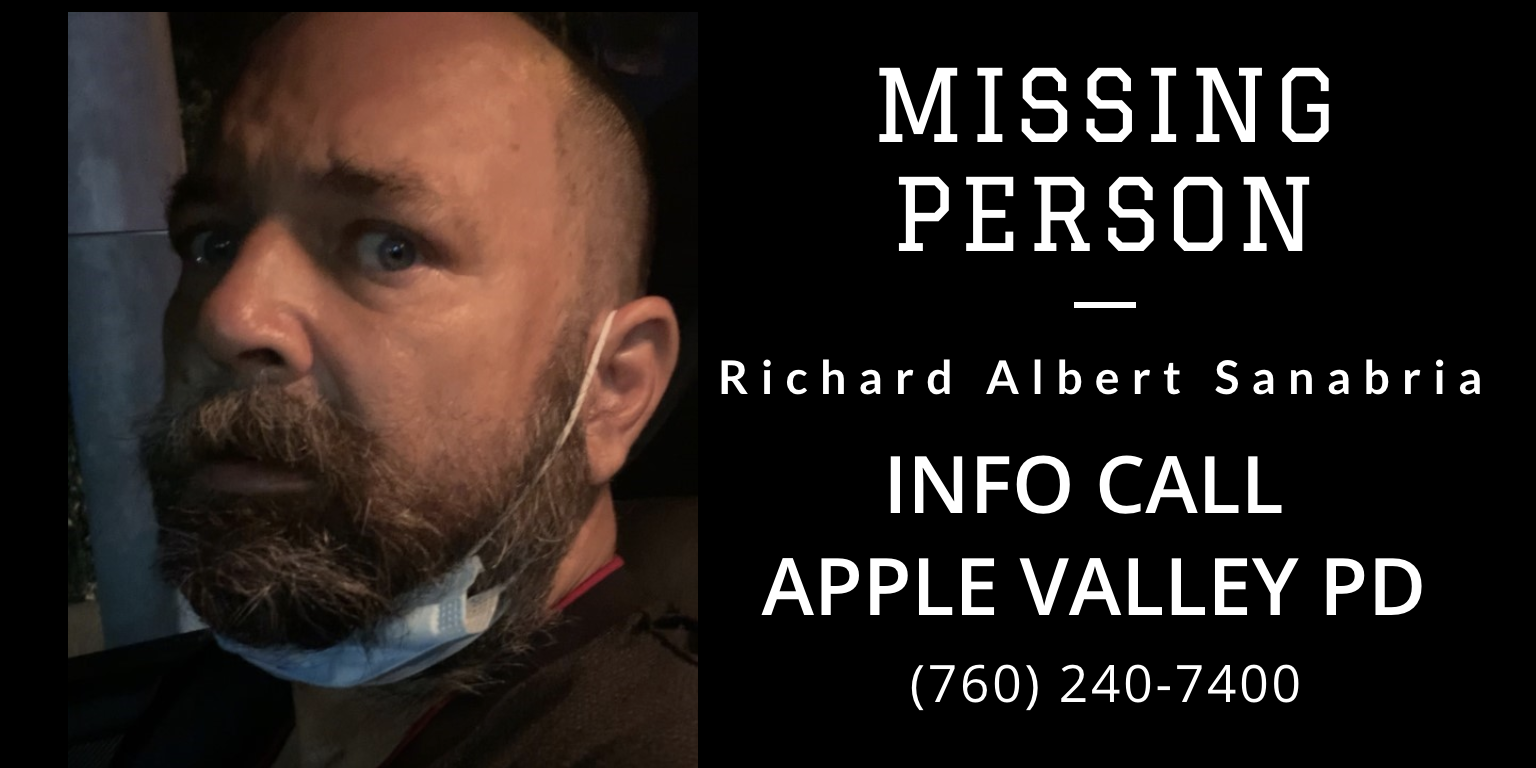 On March 26th, Mr. Sanabria was taken to St. Mary’s Medical center via ambulance and arrived at the hospital at approximately 9:24 p.m.

Sheriff’s officials said Sanabria was later seen leaving the hospital and getting into a dark-colored Kia Sol with an unknown male and female. The vehicle headed westbound on Highway 18 at approximately 11:31 p.m.

Authorities said Sanabria suffers from a prior head injury that caused mental health issues.  He is also missing his left leg from below the knee and wears a prosthetic leg.

He was last seen wearing a red long sleeve shirt and light-colored shorts. It is unknown where he may have gone as he lives with family in Apple Valley.

Anyone with information regarding the whereabouts of Richard Albert Sanabria is urged to contact Deputy Brendan Mahoney at the Apple Valley Police Department (760)240-7400.