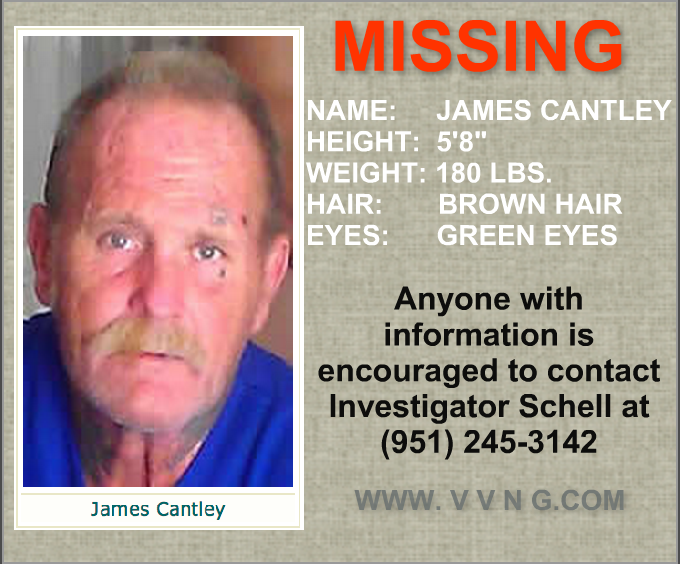 On February 28, 2014, a deputy from the Lake Elsinore Sheriff’s Station was dispatched to investigate a missing person, James Cantley, from the community of Good Hope. Good Hope is small community within the unincorporated area of Riverside County, near Lake Elsinore. Cantley was last seen at his home, located in the 21000 block of Eugene, on February 27, 2014.

Cantley was last seen wearing a brown jacket and blue jeans. Cantley has “IE” and a tear drop tattooed near his left eye. He is 5 feet 8 inches tall and weighs about 180 pounds. He has thinning brown hair and green eyes and is 58 years old.