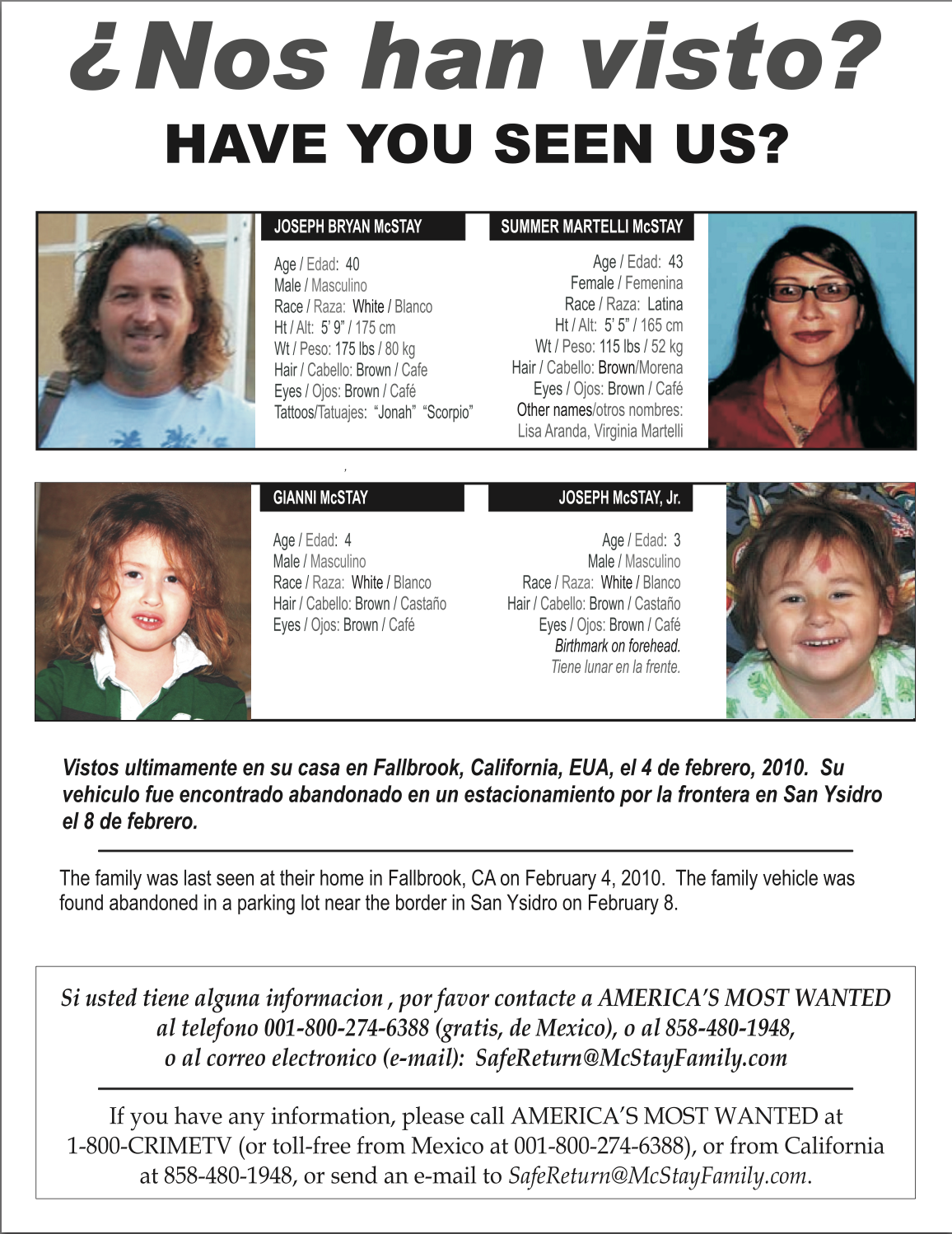 BREAKING: Sources are reporting investigators are looking into the possibility that the remains of four people found in the city Victorville are those of the McStay family.  The case of the missing McStay family has been investigated by the San Diego County Sheriff’s Department since they were reported missing in February 2010.

Over the last three years, the Sheriff’s Department have conducted a missing persons investigation in an attempt to locate the family. Hundreds of tips have been investigated without success.  It was belived the family, in all likelihood, travelled into Mexico of their own free will. There has been no contact or communication from them since February of 2010.

Due to the fact that the family is believed to be out of the country, and because minor children are involved, the primary investigative responsibility for the case was

transferred to the FBI.

On Monday, November 11, 2013 at approximately 10:00 a.m., deputies from the Victorville Sheriff’s Station were dispatched to the desert area between Quarry Road and I15, north of Stoddard Wells Road in the county area of Victorville, following the report of possible skeletal remains being located by a motorcyclist. Deputies responded to the location. Coroner investigators were requested and confirmed the remains were human.

On Wednesday, November 13, 2013 4:35 pm, Investigators completed the scene examination. There were two graves where remains were located as well as additional skeletal remains that were located near the graves. A grave site recovery is a very meticulous process in efforts to preserve all possible evidence. A third site was excavated however, no evidence was found and the location was determined to be unrelated to the grave site.