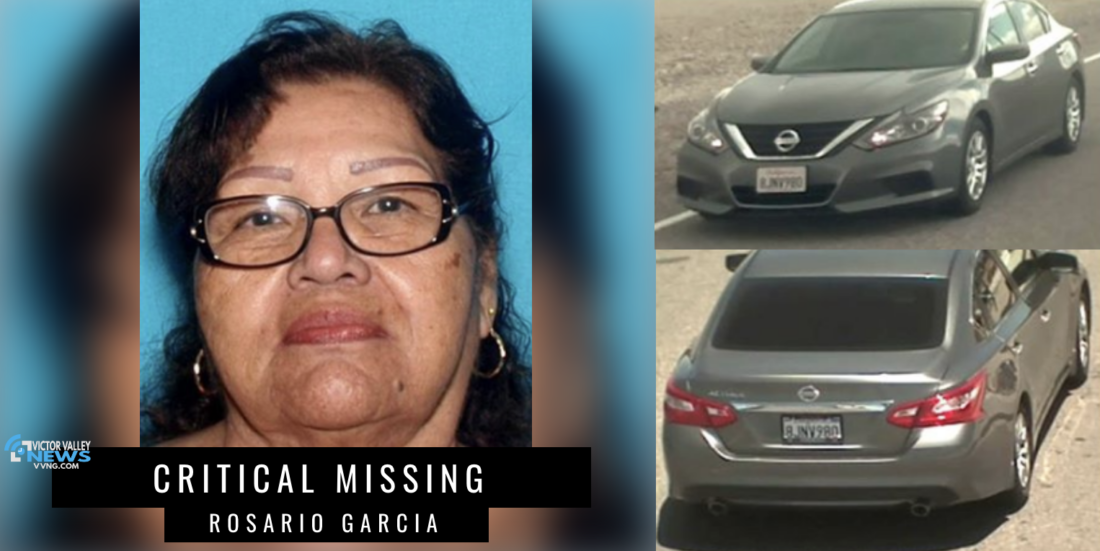 Rosario Garcia, 73, is a resident of Hemet and was reported missing on Tuesday, July 7, 2020, from her residence in the 26000 block of Katherine Street.

Authorities said she left the residence in a 2016 Nissan Altima with CA plate # 8JNV980.

The Hemet Sheriff’s Station is handling the investigation and said Rosario may have headed towards a family members home in Hesperia. Garcia has not arrived there and hasn’t been heard from since leaving her residence in Hemet.

Sheriff’s officials said Garcia may suffer from Alzheimer’s disease and or dementia.

Anyone with information on her whereabouts is asked to contact the Riverside Sheriff’s Dispatch at (800)950-2444, reference case number D20189039.