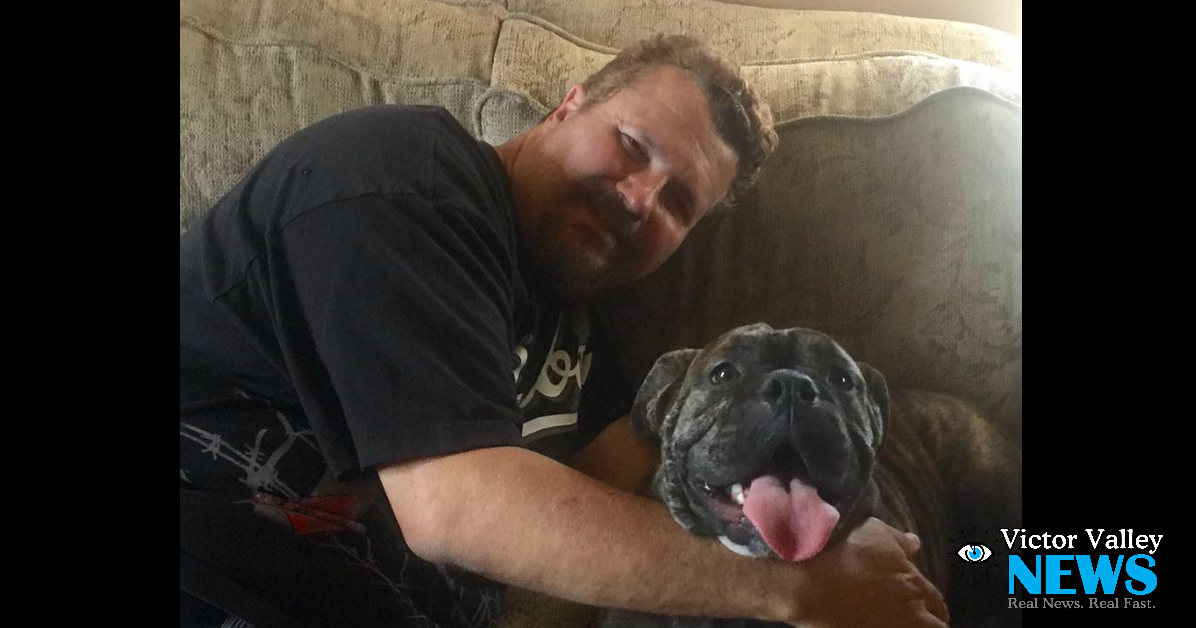 PHELAN: (VVNG.com)- The missing dog, Khali that has created quite a stir this week has finally been returned home.

Khali, an English Bulldog was the star of a confusing mess after her photo was featured on a business Facebook with the caption “for sale $600”.

The Facebook had belonged to an employee of High Desert Tires (HD TIRES) on Bear Valley Road in Hesperia.

When the business was confronted, by the Shynovick’s they claimed the employee was fired and that they had no affiliation with the post, only to leave the employee in question to deny any affiliation also.

After many attempts to reconcile and locate their pet, David and Rosemary Shynovick resorted to starting several protests over the course of the week. After long hours in the hot sun, and a police investigation, High Desert Tires finally admitted that the employee in question had a family member sell the dog.

According to the couple, Khali was sold to a breeder in Oxnard, California on Saturday morning, which was after the couple had first inquired about their dog in the Facebook post. The owner of the tire shop even went as far as driving David and Rosemary Shynovick to the home of the family member to talk about getting Khali back where they came to an agreement that Khali would be returned in 48 hours.

“At this point, it was just an emotional time for us it was like we were so close yet so far,” says David.

The breeder that Khali was sold too was completely cooperative and more than happy to have her returned home.

The people involved drove out to Oxnard last night and had Khali returned early this morning at 8 a.m. The Shynovick family is overjoyed about their emotional ordeal coming to close with an unbelievably happy ending.

They would like to thank the Community and everyone who helped get Khali home and plan to host a bbq next Saturday, open to everyone who came together in finding Khali.