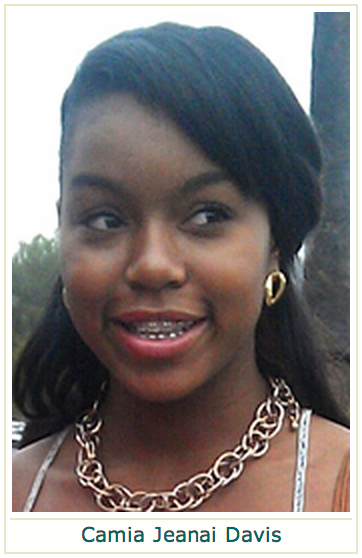 UPDATE: On January 5, 2014, around 2:30 PM, Camia Jeanai Davis returned to her residence on her own unharmed.

MORENO VALLEY: The Moreno Valley station took a report for a missing juvenile on January 3, 2014. According to a news release, the juvenile was last seen by her mom at their home in the 27500 block of East Trail Ridge Way, in the city of Moreno Valley on January 1, 2014, at 2:30 p.m.

During the course of the investigation it was learned that Camia made recent threats to harm herself, stated the release.

The missing juvenile is 17-year old Camia Jeanai Davis. She is described as an African-American female, 5,4′, 110 pounds, with black hair, brown eyes, and has a tattoo of a bird’s wing on her left wrist.

She was last seen wearing a grey sweatshirt with a hood and black stretch-pants. She has top and bottom braces.

Anyone with information about this missing person is encouraged to call the Moreno Valley Police by calling (951) 776-1099.

Related Topics:MissingMoreno Valley
Up Next