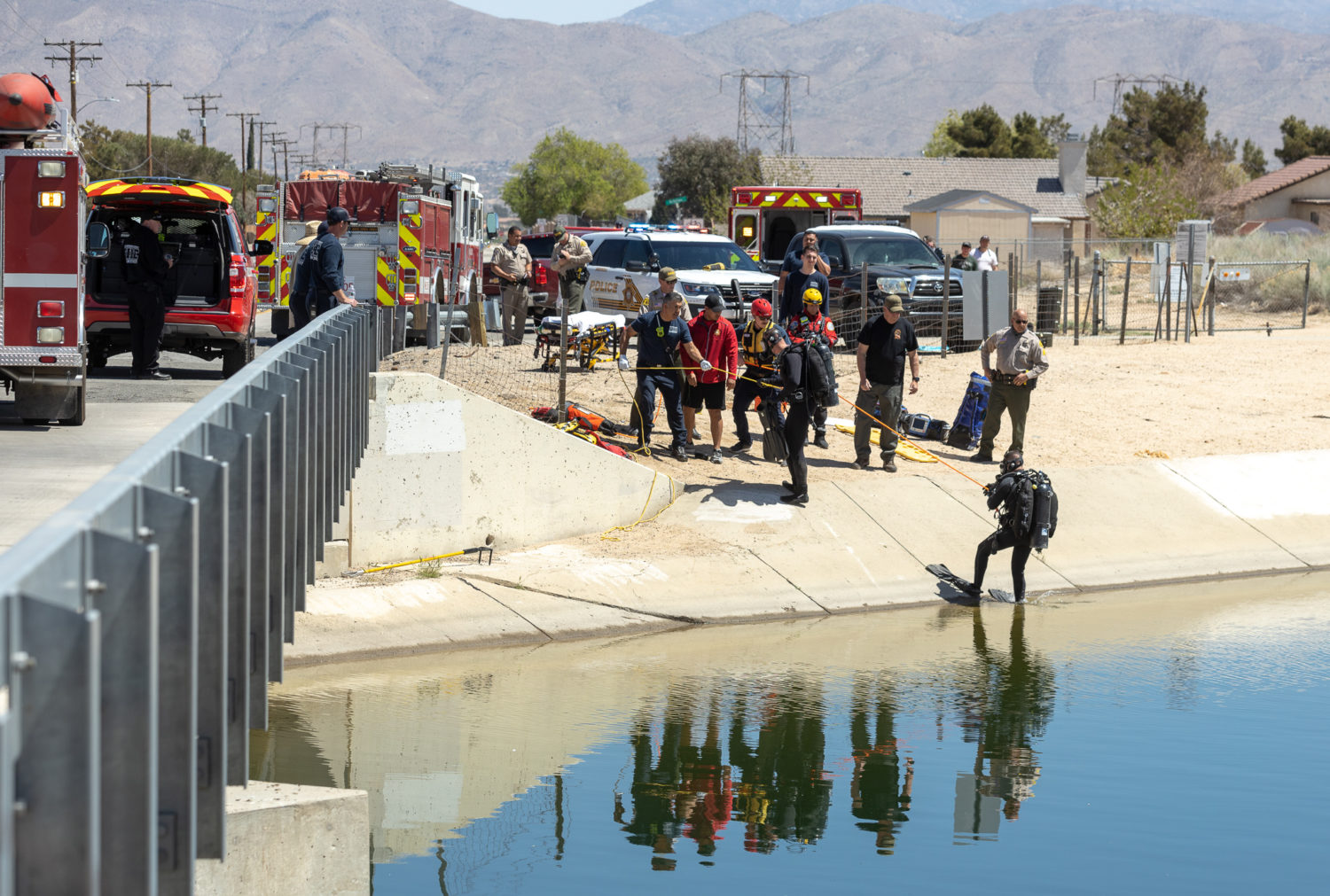 HESPERIA, Calif. (VVNG.com) — The body of a missing 81-year-old Hesperia man was pulled from the California Aqueduct on Friday.

At about 12:03 PM, on April 9, 2021, the San Bernardino County Sheriffs Department received a call from a Hesperia resident relating her husband, who suffered from Alzheimer’s and Dementia, was missing.

According to a California Highway Patrol news release, at 12:10 pm the Barstow Dispatch Center received a 911 call from a good Samaritan reporting a man had fell into the California Aqueduct near the intersection of Ranchero Road and 11th Avenue in Hesperia.

“A good Samaritan immediately entered the water in attempt to rescue the male but was unsuccessful,” stated the news release.

The San Bernardino County Sheriff’s Department’s Dive Team was immediately dispatched into the water. Despite life-saving measures, the male victim, who was later identified as an 81-year-old male resident of Hesperia, was pronounced deceased.

This investigation will be handled to its conclusion by the California Highway Patrol Victorville Area and the San Bernardino County Sheriff’s Department, Coroner Division. Anyone who witnessed or has information regarding this incident is encouraged to contact the CHP Victorville Area office at (760) 241-1186.