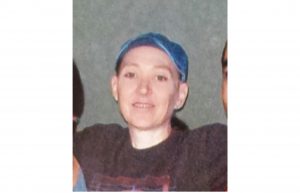 According to deputies from the Barstow Sheriff’s Station Davis was reported missing by family on April 26th.

An extensive ground and aerial search of the area has been conducted.

Anyone with information is urged to contact Deputy R. Duran or Detective D. Stokes at the Barstow Sheriff Station. Anyone wishing to remain anonymous may contact the We-Tip Hotline at 1-800-78-CRIME(27463) or you may leave information on the We-Tip hotline at www.wetip.com.