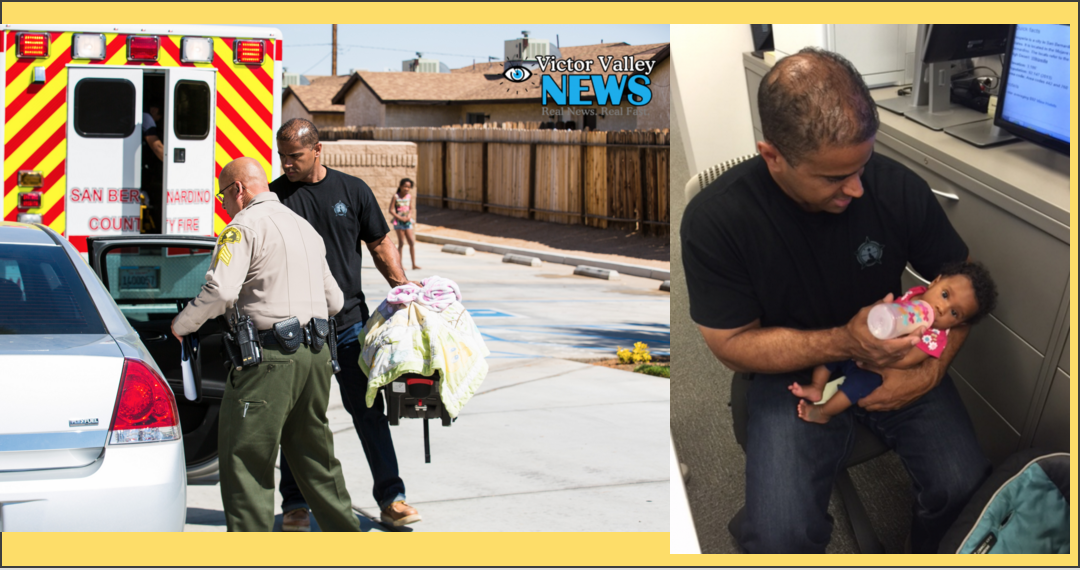 UPDATE:  San Bernardino County Sheriff’s officials said that after being located, baby Ashlynn was evaluated by medical personnel and found to be in good health. The 2-month-old baby girl was located after a 30-year-old man who called authorities to let them know that the baby was in his possession. He told authorities he had just met Baxter on Friday, April 1st and she was homeless so he allowed her and the baby to stay with him on Friday night.

The following morning, Baxter asked the man to watch the baby for her for a couple of days. He agreed and kept the baby at a friend’s home. He was informed by a friend on Sunday morning that the police were looking for the baby, so he called to let them know that he had the baby.

The man, who has no previous relationship with Baxter was questioned and released following an interview. The baby was released to Children and Family Services. Anyone with information regarding this investigation is urged to call Detective Rios at 760-947-1526.

HESPERIA-(VVNG.com): The 2-month-old infant that went missing on Saturday evening has been safely located by authorities.

Just before 11:00 AM, on Sunday, April 3rd dispatch received a call from a reporting party stating the baby was safe and in his custody.

Deputies immediately responded to an apartment complex on the 15200 block of Sequoia Avenue in Hesperia. Medical personnel arrived to examine the baby for any possible injuries and cleared the infant of any injuries. The infant was released to the care of San Bernardino County Sheriff’s.

Sheriff’s Spokeswoman Cindy Bachman told Victor Valley News, “The baby has been located in Hesperia and appears to be in good health. She is going to have a medical evaluation.”

She said there are no other details regarding the incident available at this time. Information will be updated as it becomes available.