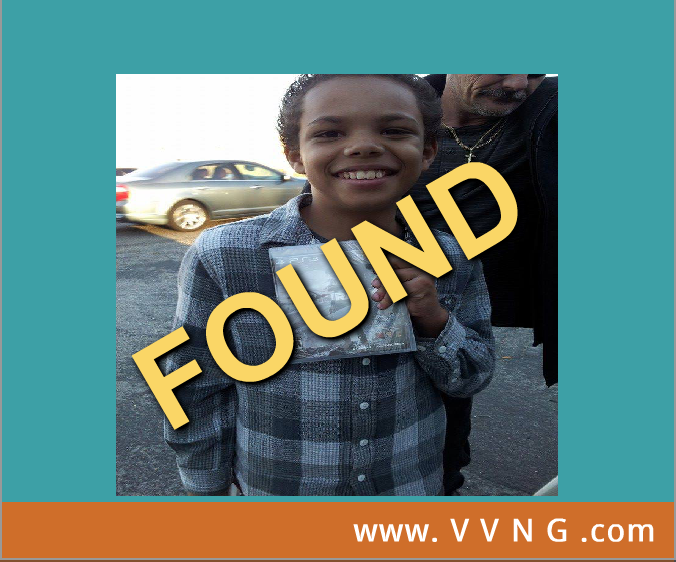 UPDATE: Missing Victorville juvenile has been found, police say. He was found shortly before 10:30 p.m., on Monday according to scanner traffic. Details on how or where he was found have not been released. Thank you Victor Valley News community for spreading the word and sharing this post.

Austin Pelletier, 11 was last seen on April 21, 2014. According to family, he never showed up to school today.

Pelletier is described as being 4’10”, 100 pounds, with dark short spiky hair, brown/black eyes, and a slim build. He was last seen wearing a grey Volcom t-shirt and green Quicksilver shorts. He also wears a dark green back pack.