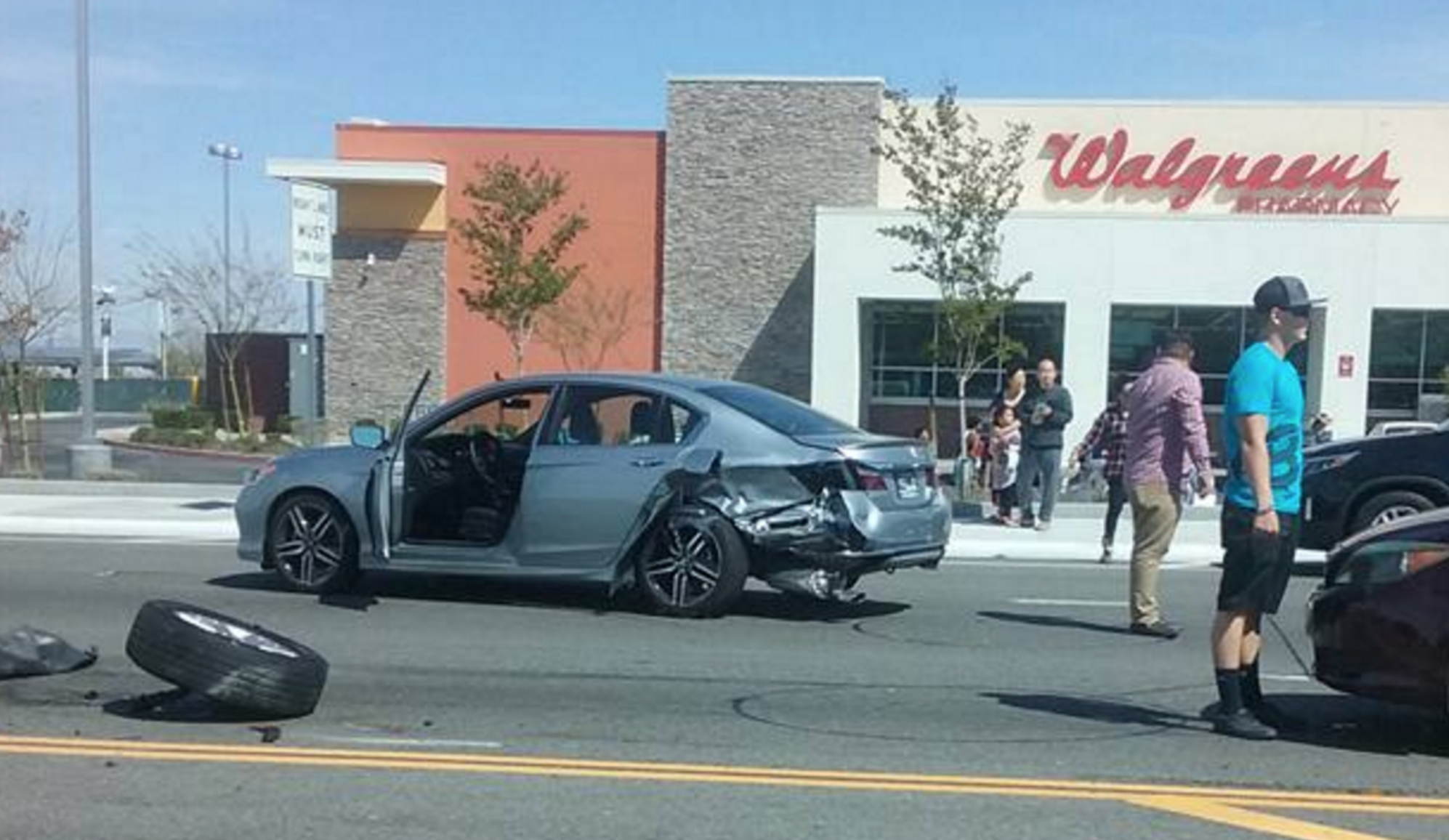 According to San Bernardino County Sheriff’s Department, Victorville Station Spokeswoman Mara Rodriguez, the driver of the 2006 maroon Volvo failed to notice the vehicles in front of her had come to a stop at the light at Hwy 395 and Palmdale Road.  She slammed into the back of a 2016 Silver Honda and subsequently crossed over the center median colliding into a gray 2001 Ford Expedition.

Rodriguez said, “Some of the involved parties complained of minor neck and head pain but all refused medical attention.” Northbound lanes of Highway 395 at Palmdale Road and the westbound Palmdale right-hand turn lane was shut down temporarily for emergency responders and cleanup of the accident scene. All lanes were reopened to traffic just after 3:15 p.m.