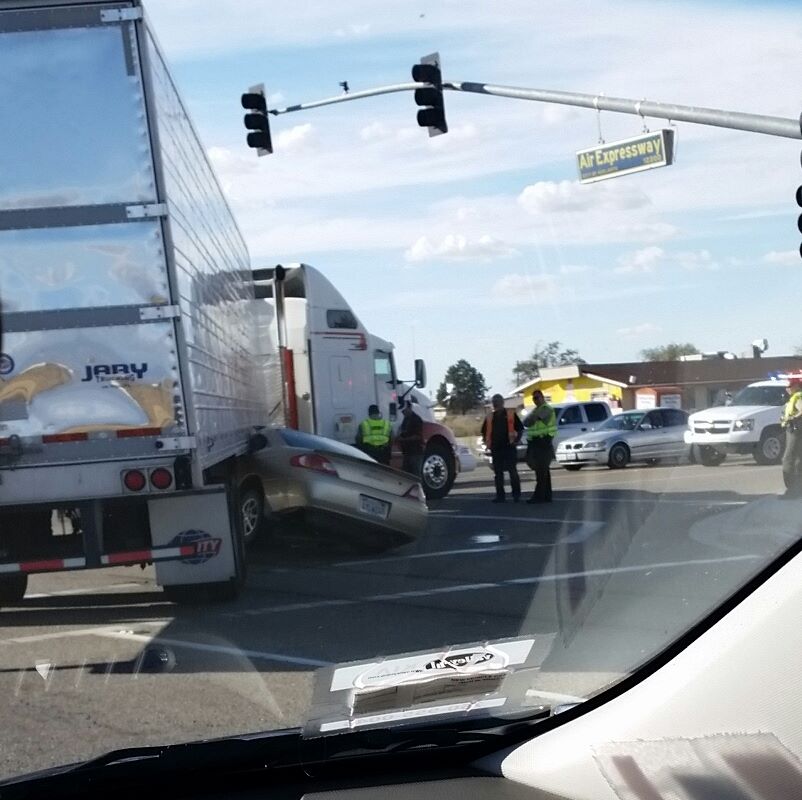 ADELANTO:(VVNG.com)- On Monday, October 19, 2015, at approximately 3:23 pm, deputies from the Victor Valley Sheriff’s Station, assigned to the City of Adelanto, responded to a report of a traffic collision involving a semi-tractor trailer combination and a vehicle.

Deputy Wendy Perea responded to the location and found that a collision had occurred. A semi-tractor pulling a trailer was traveling west on Air Expressway and attempted to make a right turn onto Adelanto Road.

According to authorities, A small vehicle attempted to pass the truck as it began to turn and the vehicle hit the trailer of the truck.

The only injuries were to the driver of the small vehicle, who had minor injuries. The truck driver was not injured.