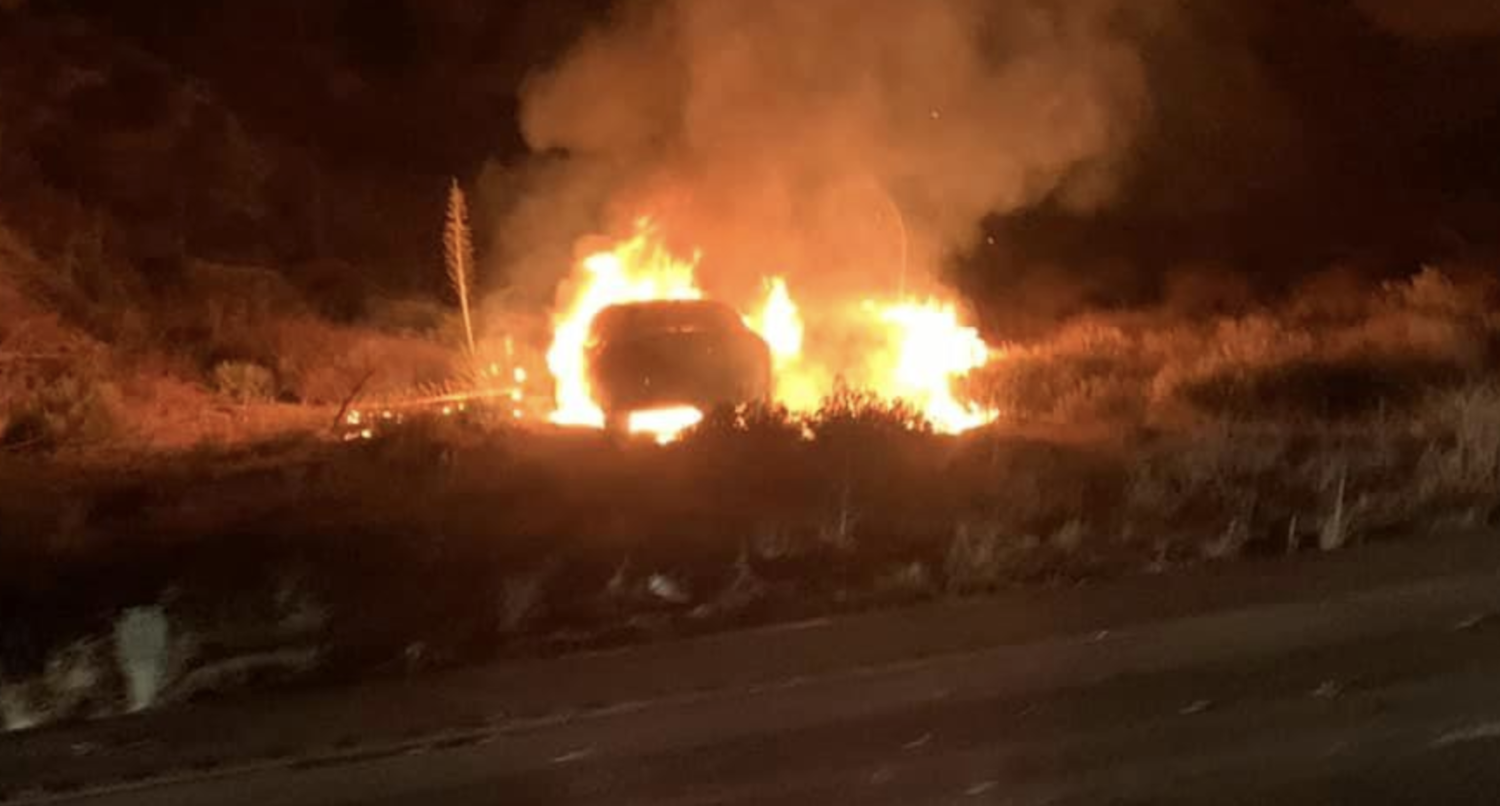 CAJON PASS, Calif. (VVNG.com) — Only minor injuries were reported after a crash in the Cajon Pass caused one of the vehicles to erupt into flames.

At about 12:22 am, on Saturday, July 3, 2021, the California Highway Patrol incident logs reported a two-vehicle crash on the northbound I-15, just before Oak Hill Road. According to the logs, one vehicle was on fire and the other, a white 2017 Hyundai Elantra was stalled in the no.2 lane with major rear-end damage.

All occupants were able to exit the vehicle and only minor injuries were reported. The incident prompted a temporary closure of the 1, 2, and 3 lanes. The cause of the accident is under investigation by the CHP Victorville station.

Related Topics:15 freewayaccidentCrash
Up Next