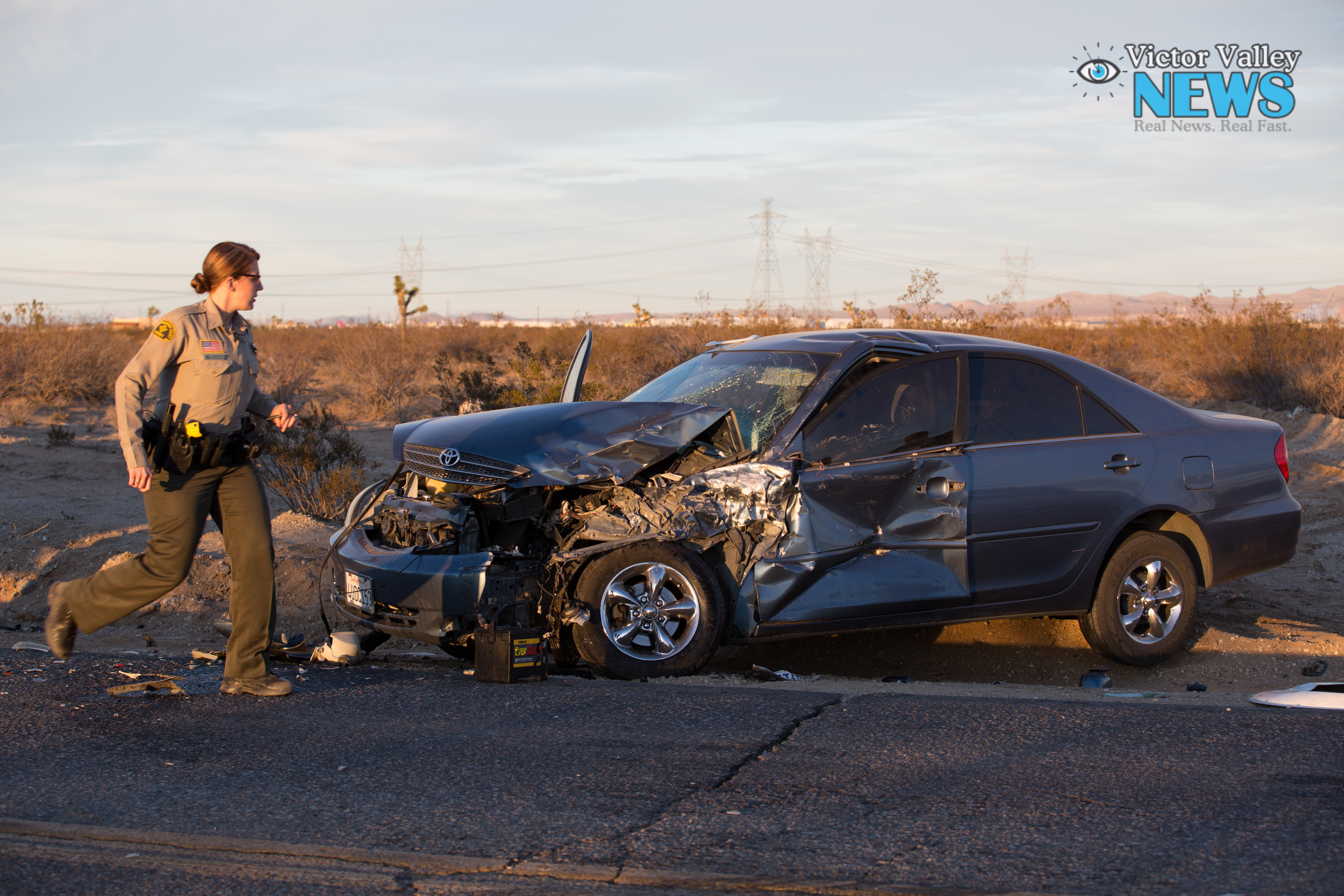 ADELANTO, Calif: (VVNG.com) A man was traveling home from work when his truck collided head-on with a car traveling the opposite direction Thursday afternoon.

The traffic accident occurred just before 4:00 p.m. on Bellflower Street, just north of Pansy Road where the road curves.

The driver of the white Ford F150 truck was traveling southbound on Bellflower when he noticed a vehicle heading directly into his path, he stated.

“He tried to swerve into the dirt to avoid the car, but it still hit him,” stated the driver’s wife, Sandy.

The driver of the truck sustained minor injuries from the deployed airbags but declined medical treatment. The driver of the other vehicle, a Toyota Camry, was treated for unknown injuries.

A tow truck was on scene to clear the roadway. It’s unknown if speed was a factor in the incident, as the cause is still being investigated.

A white truck was struck by a car heading in the opposite direction. (Gabriel D. Espinoza, Victor Valley News)