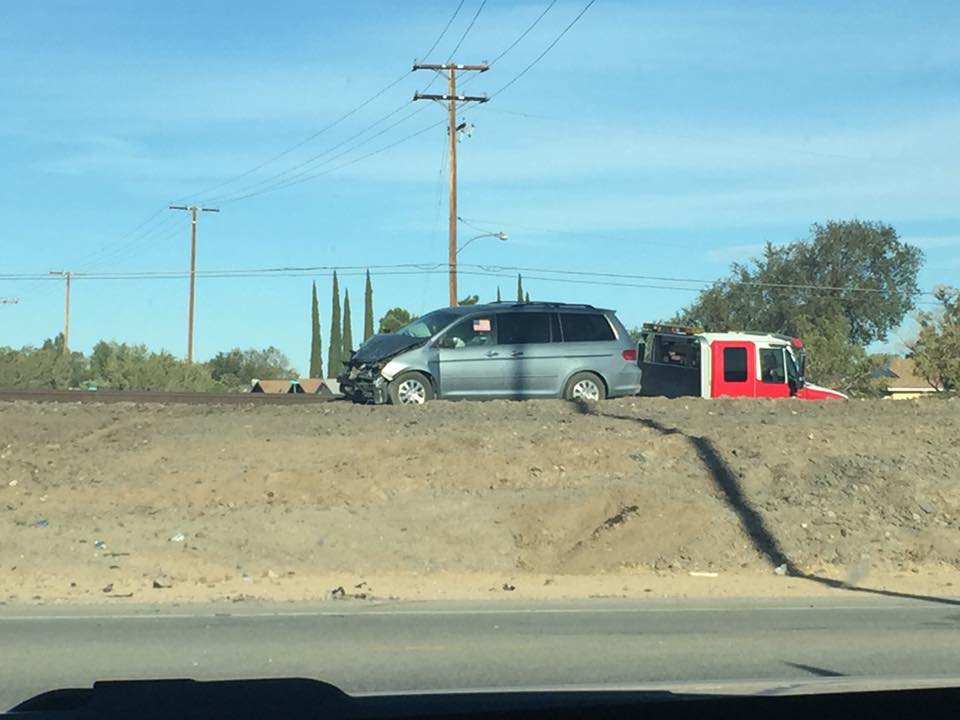 HESPERIA, CA:(VVNG.com)– A minivan involved in a crash early Monday morning was nearly struck by a train after it left the roadway and became stuck on the railroad tracks.

The two-vehicle crash was reported at about 7:20 a.m. on Monday, October 3, 2016, in the area of Santa Fe Avenue East and Olive Street in Hesperia.

Per scanner traffic, a BNSF train was approaching the van but was able to stop in time.

Three occupants of the minivan were transported to Loma Linda Medical Center with unknown injuries.

At this time the cause of the crash remains under investigation.