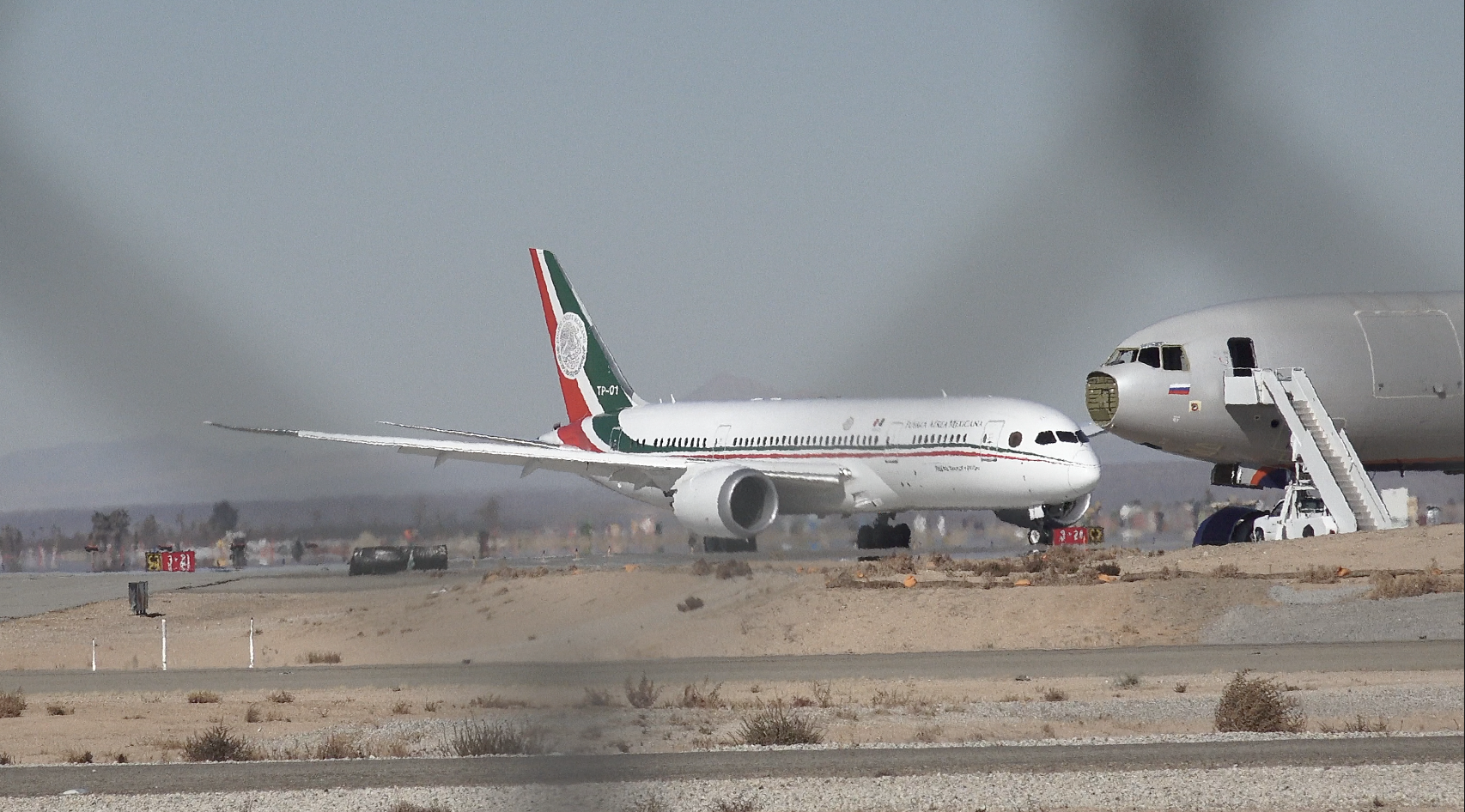 VICTORVILLE, Calif. (VVNG.com) — An airplane once used by Mexico’s former president to travel around the world, landed at Southern California Logistics Airport in Victorville on Monday afternoon.

The presidential plane, a luxurious Boeing 787 Dreamliner worth $218 million was acquired in late 2012 and used by former Mexican President Enrique Pena Nieto. The plane was often criticized as being too lavish for the leader of a country where millions live in poverty.

On Monday, December 3, 2018, under Boeing’s orders, the plane was flown from Mexico City to Victorville’s SCLA where it will remain stored until a buyer is found.