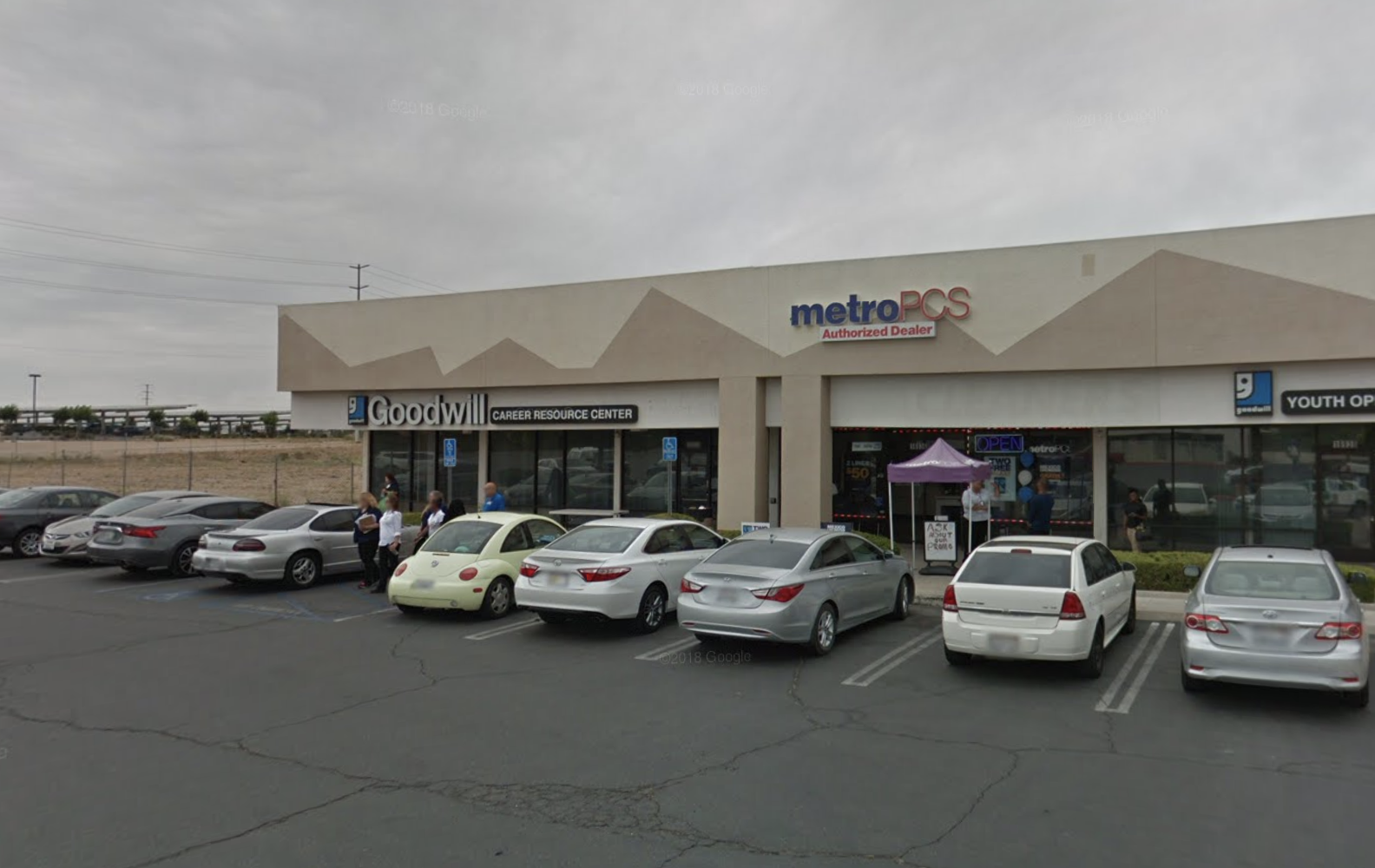 VICTORVILLE, Calif. (VVNG.com) — Employees at a Victorville Metro PCS were ordered into a backroom during an armed robbery Monday night, officials said.

Just before 8:00 pm, an unknown suspect entered the store located in the 16900 block of Bear Valley Road and brandished a modified shotgun.

According to a sheriff’s news release, “the suspect ordered the employees to give him cash and cell phones. The employees were ordered to remain in a backroom for a period of time to allow the suspect to flee the location.”

Sheriff’s officials said the suspect is described as a black male, tall with a slim build. He was last seen wearing a ski mask, dark colored sweatshirt jeans.

Investigators are asking anyone that may have seen or heard anything related to this case to contact the Victorville Police Department at (760) 241-2911 or Sheriff’s Dispatch at (760) 956-5001.