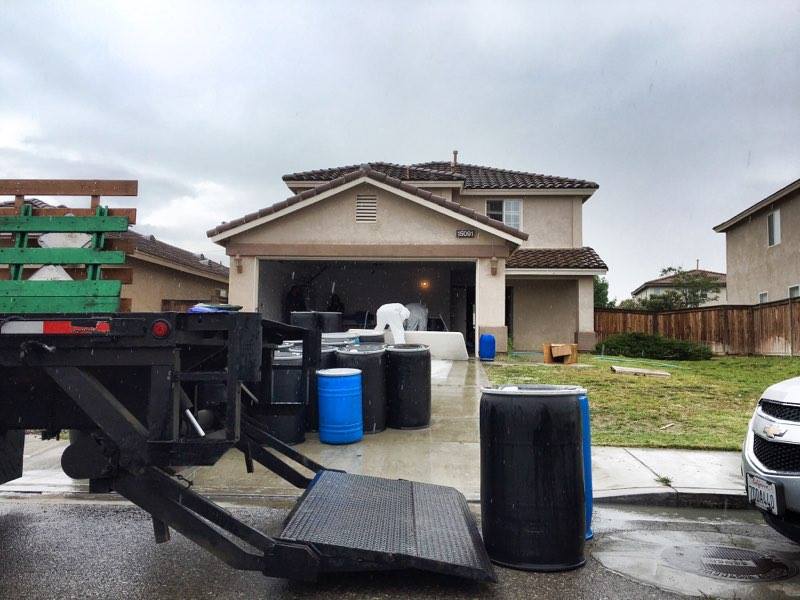 VICTORVILLE-(VVNG.com):  At around 9:05 p.m. on Thursday, April 7, 2016, authorities from the Los Angeles County Narcotics division responded to the 15000 block of Brown Lane near Squirrel Lane to investigate a possible meth lab.

Upon arrival at the home, the special enforcement Narcotics division confirmed that there was a working meth lab within the approximate 1800 square foot home.

The San Bernardino County Fire Department Hazardous Materials Response Team (HAZMAT) responded to the scene to safely assist in the investigation and to remove the items from the property.

Authorities worked throughout the night and into the morning to investigate and remove any hazardous materials.

At this time it  is unclear what led to the discovery, but it appears as though it was part of an ongoing investigation.

Victorville residents Felix Aispuro, 24, Juan Manuel Varales-Zavala, 30 and Jorge Varales, 32 were arrested as a result of the finding.

Aispuro, Varales and Varales-Zavala are being held in lieu of $2,500,000 bail, arrest records show. All are scheduled to appear at the Victorville Superior Court the afternoon of Monday, April 11th.