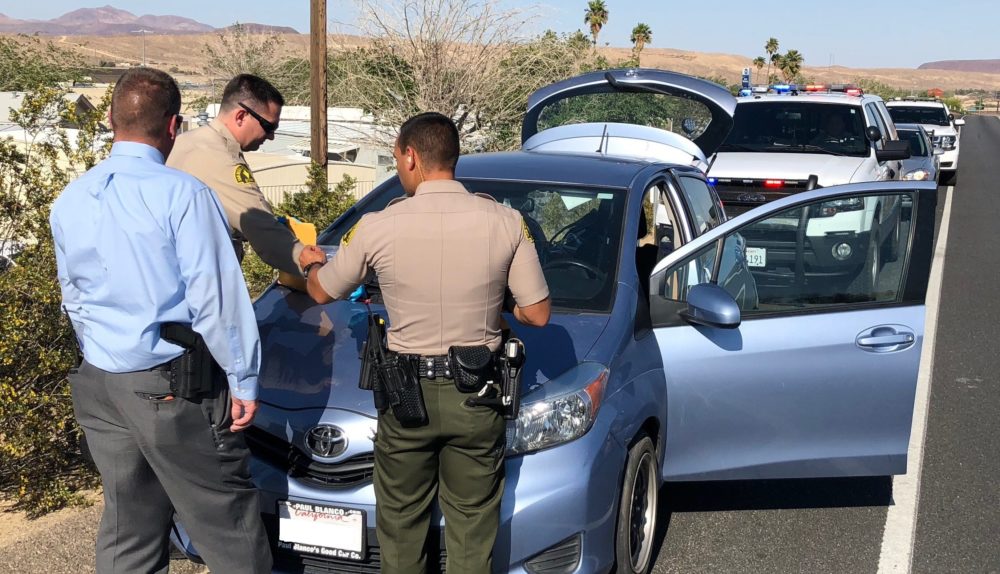 On April 26, 2018, at approximately 3:08 p.m., deputies from the Barstow Sheriff’s Station served a search warrant at a residence in the 1000 block of Baldwin Lane in the City of Barstow.

The stripped frame of an off-highway vehicle was found in the backyard of the residence and was determined to have been reported stolen on November 7, 2016.

Inside the residence, officials located suspected methamphetamine in addition to items commonly associated with the sales of narcotics, including packaging material and hypodermic needles, officials said.

The resident, Jessica Ferris, 44, of Barstow, was subsequently arrested for possession of narcotics for sales.

Just prior to the execution of the search warrant, a vehicle was observed leaving the residence. This vehicle was later found exiting the Walmart parking lot in the City of Barstow and conducted a traffic stop.

The occupants Charles Deckard, 33, and Kimberly Basel, 45, both residents of Barstow were arrested after drug paraphernalia and suspected heroin was located within the vehicle.

Anyone with information regarding this incident is urged to contact the Barstow Sheriff’s Station at (760) 256-4838. Citizens wishing to remain anonymous are urged to call the We-Tip Hotline at 1-800-78-CRIME (27463), or you may leave information on the We-Tip website at www.wetip.com.