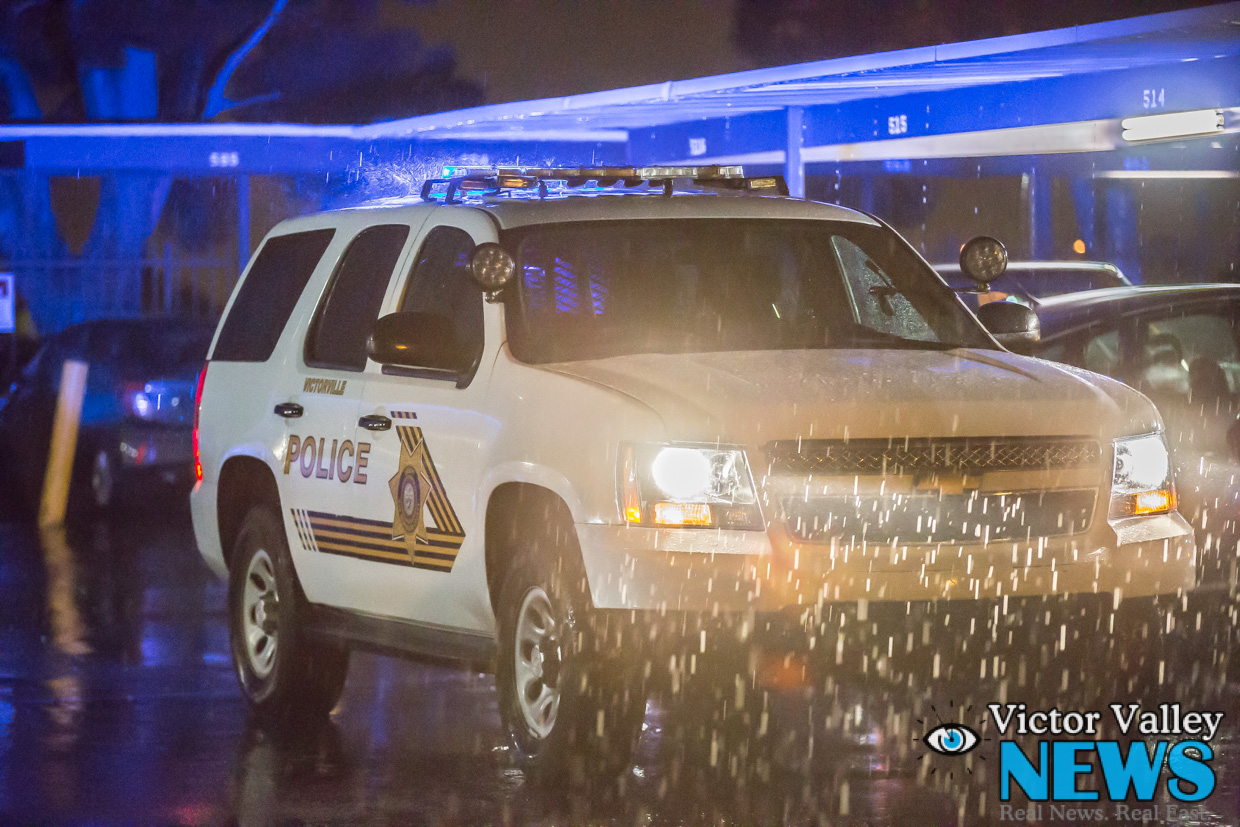 VICTORVILLE, Calif. (VVNG.com)- Authorities announced the arrest of two Adelanto men suspected of being involved with the rash of arson fires at the Mountain Vista Apartments.

According to public booking records, Cody Michael McGee, 25, and Jerry Paul Fontaine, 50, were arrested Saturday morning at the Mountain Vista Apartments on the 15400 block of Nisqualli Road in Victorville. Both men are currently being held in lieu of $50,000 bail and scheduled to appear in a Victorville courtroom on Tuesday.

As previously reported authorities have been investigating the possibility of a serial arsonist at the complex. Officials said since August of 2016 they’ve responded to 30 fire incidents at the complex, mostly being dumpster fires, and recently bush fires.

“More recently bushes around the community have been set on fire. The proximity of the bushes to the buildings and the safety issues it causes for our residents is very concerning to us,” stated Scott Seymour with E&S Ring Management in an email sent to all residents on December 21, 2016.

E&S Ring Management announced a $2,500.00 reward for information leading to the identification and arrest of the individual or individuals involved.

On October 23, 2016, a 2-alarm fire was reported at J&K Feed and Pet Supplies, 16361 Yucca St., Hesperia. This time the perpetrators set hay bales on fire. Firefighters were instrumental in keeping the fire contained to the hay bales and away from adjacent structures and gas station.

Fearing a serial arsonist was targeting the High Desert, Fire and Sheriff Investigators set up a surveillance operation. The surveillance had been taking place for several months prior to the suspects being apprehended.

“These types of cases remain a high priority with us. A lot of time and effort go into solving arsons. We remain dedicated to aggressively pursuing those who maliciously set fires and put others in harm’s way,” stated Fire Chief/Fire Warden Mark Hartwig. “People in the High Desert are safer today because of the hard work and joint efforts such as this one.”

Both suspects have been tied to setting over 30 fires at the Mountain Vista Apartments, one fire at the Golden Sands Apartments, a fire at J&K’s Feed & Pet Supplies, and three attempted fire starts at Hesperia Feed Bin.
All fires were found to have been ignited using an incendiary device.

“The safety of the residents in this county remains top priority for all of us in public safety. The arrests of these two suspects were a result of teamwork and determination,” stated Sheriff John McMahon.

Fire Marshal Mike Horton reminds residents of the importance of fire safety and to report any suspicious activity immediately by calling 9-1-1 or the We-Tip hotline. Your vigilance may save your life and the lives of others.