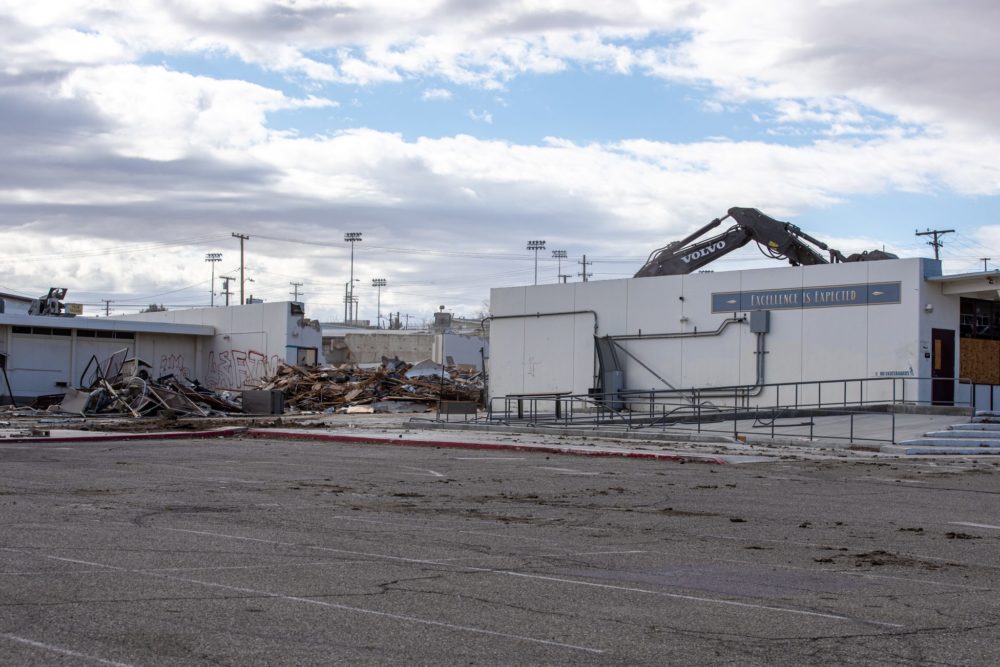 VICTORVILLE, Calif. (VVNG.com) —Many hearts are broken after learning demolition has started on the abandoned Victor Valley Junior High in old town Victorville.

Demolition on the historic landmark that was built in 1937 and was once home to Juniors and Seniors started on Monday, February 11, 2020.

It’s been no secret the city had plans in place to demolish the entire school but seeing it happen is like a punch to the gut.

The campus holds memories for local people, including many who have since moved away from the Victor Valley.

Mary Ann Christy left a comment in the Memories of the Victor Valley Facebook group and said, “My beloved Dad, John Dudley, started coaching & teaching high school on this Jr./H.S. campus in 1952-53. Per Yearbooks, in the Route 66 Museum high school teachers/coaches moved to the “New” V. V. H. S. Campus for the 1953-54 school year.”

One of the most famous and successful people to attend the school was John W. Henry, owner of Boston Red Sox and the Boston Globe. According to Wikipedia, John’s asthmatic condition prompted his family to move at the age of 15-years-old, from Quincy, Illinois to Apple Valley. Following his graduation from then, Victor Valley High School, John attended Victor Valley College before heading off to the University in Los Angeles.

Local filmmaker Zak Lara recently interviewed the oldest Cadet/Commandant in the Cadet Corps LTC. Felix Diaz. The interview was done on the front lawn of the vacant school.