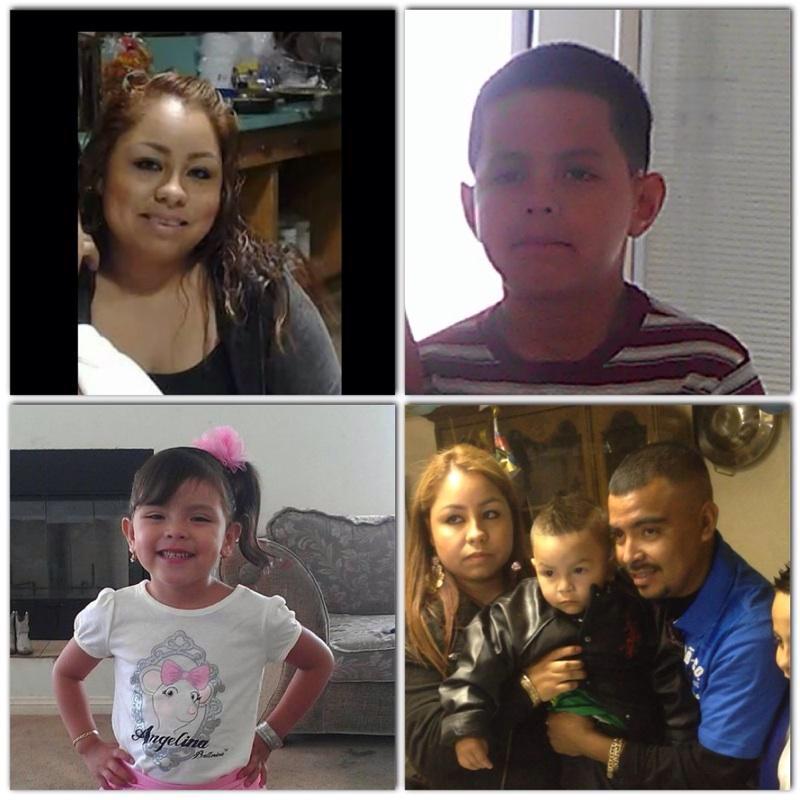 HESPERIA: (VVNG) – The reality of losing five family members has not set in for the those who knew them.

Yolanda Garcia, the mother/grandmother was up all night without any sleep, looking out the window praying for her daughter and grandchildren and son-in-law to walk through the door.

Angelica, who was known as Angie to family and friends celebrated her 25th birthday this past Friday. She was the oldest of five children and was a mother to three children- Freddy, age 9, Cynthia, age 4 and baby Ivan, age 2, who were all killed in the tragic accident on Mother’s Day along with her boyfriend Gerardo Jimenez.

Over thirty family members gathered at Yolanda’s house where the family that died also lived. Patricia Garcia, Angie’s cousin, stated that she felt empty inside the house because she will never again hear the laughter of the kids that once filled the home, or the loving voice of her cousin she grew up with.

The family will be gathering tonight at 7:00 p.m. for a memorial at the accident site on Main Street and Balsam where the family was struck and killed while waiting at a stop sign.

The family was only 3 blocks away from home and headed to Disneyland to celebrate Cynthia’s birthday when the accident occurred. That morning the grandmother, Yolanda Garcia, recalls buckling in her grandchildren into the backseat and staring at them as they drove away from the home. She never anticipated that would be the last time she saw the family of five alive.

A white work van veered off Main St. for unknown reasons and ultimately landed on the Honda. Gerardo and his 2-year-old son died at a nearby hospital. Angie and her soon to be 5-year-old daughter were pronounced dead on scene.

The fifth victim, 9-year-old Freddy, was located several hours later when the wreckage was being pulled apart by the tow company. Freddy was a student at Joshua Circle Elementary School and his sister Cynthia attended Kindergarten at the neighboring school, Lucy Siegrist School according to family.

The family is accepting donations to help with the financial burden of burying all five family members. A memorial account at Wells Fargo has been established for those able to help.

Please make your donation at any Wells Fargo bank to the account # 3680790676 and reference Angelica Garcia-Garcia Memorial Fund.

Your contributions are greatly appreciated. If you would like to hand deliver donations to the family you will be able to do so tonight at the memorial service at Main and Balsam in the city of Hesperia held tonight at 7:00 p.m.