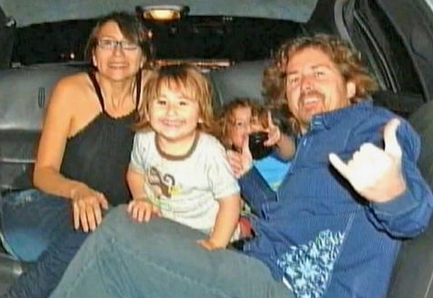 SAN BERNARDINO-(VVNG.com):  Charles “Chase” Merritt, the man accused of the quadruple murder of the McStay family, was in a San Bernardino County Superior Court on Friday, January 30th. Merritt walked into the courtroom for his morning court appearance dressed casually, wearing a long sleeve tan button-up shirt and jeans.

A third-party attorney, representing several media outlets requested that the search warrants in the case be unsealed. The prosecution opposed the request citing that it can compromise the investigation. The judge denied the request stating he would revisit the request later in the trial.

During the 9:30 a.m. hearing, Merritt, against the Judge’s strong advice against doing so, requested to change his counsel to “pro per”, meaning that he will be representing himself in court for the remainder of the case. The judge said Merritt would be putting himself at a , “”distinct disadvantage” by doing so.

Merritt also against judge recommendations, declined to accept a court appointed public defender. Merritt indicated that he was not only unable to afford an attorney, but was concerned that with his congestive heart failure that his trial will not be expedient.

The judge approved his request pending a medical evaluation showing that he is healthy enough to represent himself.  The judge also will be appointing an advisory attorney and an investigator, that will be available throughout Merritt’s trial.
A status conference is scheduled for February 20th. Merritt is being at the West Valley Detention Center in Rancho Cucamonga with no bail.