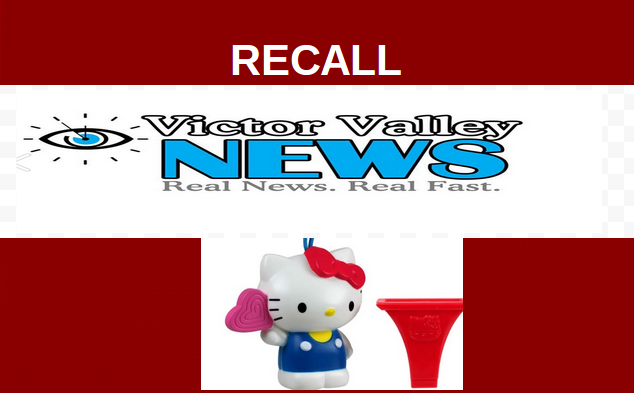 (VVNG.com)- McDonald’s along with the Consumer Product Safety Commission has issued a recall on the Hello Kitty Themed Whistles ”Birthday Lollipop” Whistles” Due to Choking and Aspiration Hazards. About 2.3 million of these were distributed in Happy Meals and Mighty Kids Meals from October 2014 to the first week of November 2014.

The recall was issued after McDonald’s received two reports of children coughing out pieces of the whistle that they had sucked into their mouths including one child that had received medical attention. McDonald’s expressed their concern on a website statement by saying, “Nothing is more important to us than the safety of our customers and this includes the toys we offer them.”

Since based on the two incidences it is apparent that the Components inside of the whistle can detach, posing choking and aspiration hazards to young children. Consumers should immediately take the whistle away from children and return it to any McDonald’s for a free replacement toy and either a yogurt tube or a bag of apple slices.