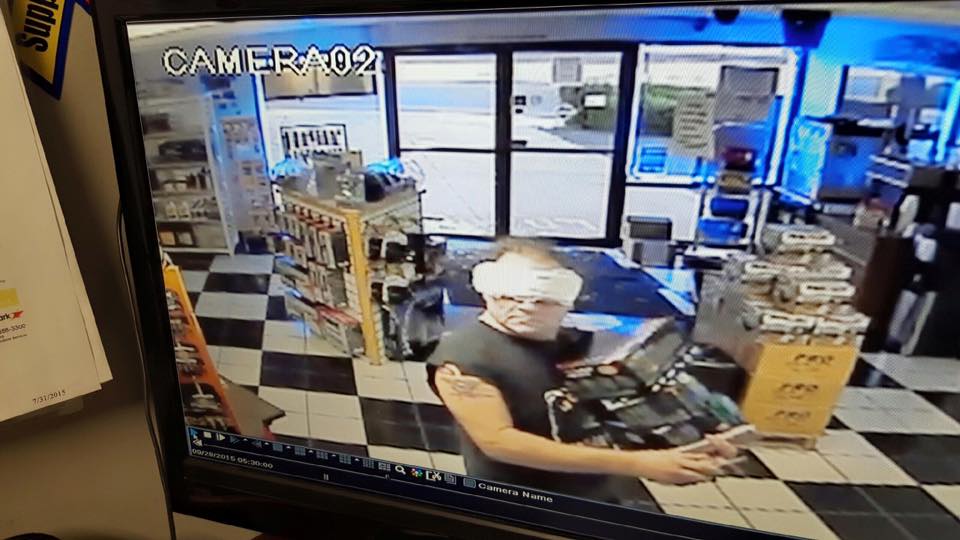 James Michael Victor, also known as Gary Victor was arrested just after 11:00 a.m. on Tuesday, September 29th at his home on the 10600 block of Nambi Road in Apple Valley.

Victor was arrested in connection with a burglary at the Battery Mart on the 21000 block of Bear Valley Road on Monday, September 28th at about 6:30 p.m. On surveillance footage, Victor wore what appeared to be a sanitary napkin on his forehead while wearing a sleeveless shirt exposing his tattooed arm. According to authorities, Victor used a piece of wood to break the front glass door of the business and left with equipment.

Deputies made contact with Victor the following morning finding the suspect vehicle, a white 1992 Dodge Dynasty as well as evidence inside his vehicle and home. San Bernardino County Sheriff’s Department officials said that all of the merchandise was recovered.

According to court and jail records, there is no scheduled date for a court appearance at this time.