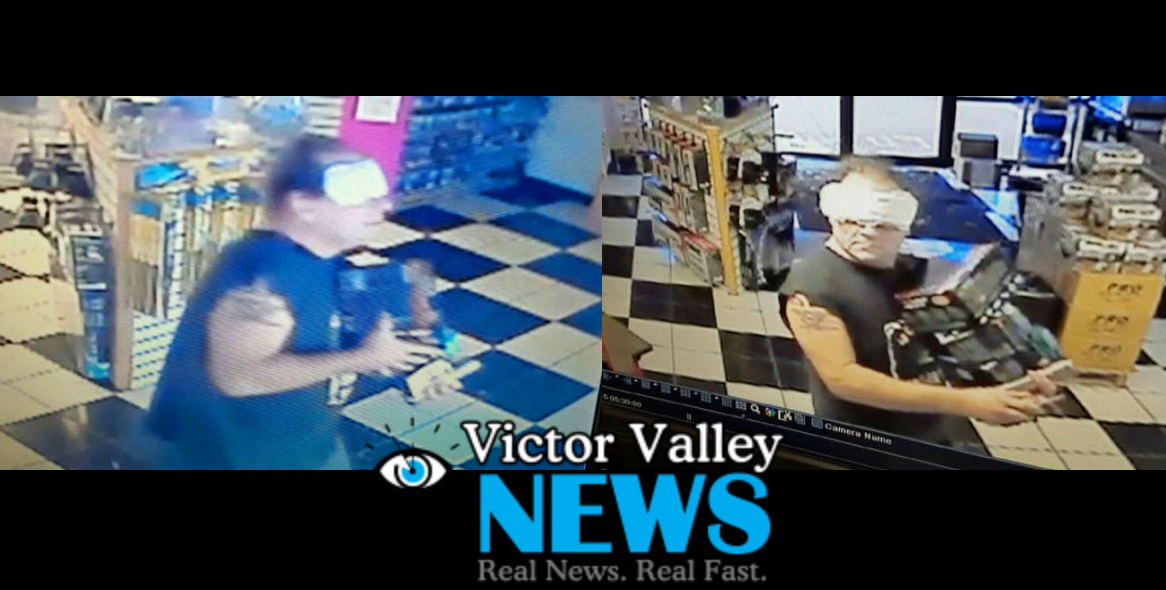 On Monday, September 28th, 2015, at approximately 6:40 P.M., deputies from the Apple Valley Police Department were dispatched to a report of a commercial burglary at the Battery Mart located at 21075 Bear Valley Road in Apple Valley.

Police determined the suspect used a piece of wood to break out the glass front door to gain entry into the closed business. Once inside the business, Gary Victor began to steal various items and then fled in a white 1992 Dodge Dynasty.

After reviewing the surveillance video from the theft, the staff at the business were surprised over what they saw. The suspect, Gary Victor taped a feminine hygiene product to his face in a failed attempt to try to hide his identity.

Through further investigation, deputies were able to locate the suspect and his vehicle at a residence on the 10600 block of Nambi Road in Apple Valley.

A search of the residence was conducted and deputies were able to recover all of the stolen merchandise. They also recovered evidence related to the burglary inside the residence.

Gary Victor was arrested and booked into the High Desert Detention Center. Public court records show Victor is a convicted felon with an extensive history of run in’s with the law. He is currently being held on a $25,000 bail and is expected to appear in court on October 1, 2015.