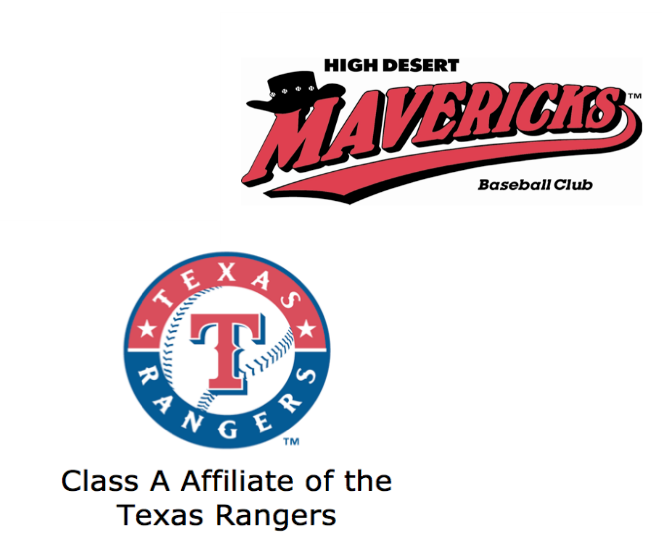 (VVNG.com)- The Texas Rangers today announced that the organization has signed a two-year Player Development Agreement with the High-A High Desert Mavericks of the California League extending through the 2016 season.

“The Rangers are pleased to announce our affiliation with the High Desert Mavericks,” commented Senior Director, Minor League Operations Mike Daly. “Our organization looks forward to working with Dave Heller and his group on a successful partnership going forward.”

“We are really excited about our new partnership with the Texas Rangers,” said Mavericks’ owner Dave Heller. “The Rangers are widely regarded as having one of the best farm systems in Minor League Baseball, and we are delighted to be bringing their next round of future major league stars to the High Desert. Our new affiliation with the Rangers is great news for the people of the High Desert!”

The Rangers are returning to the California League for the first time since an affiliation with Bakersfield from 2005-10. The High Desert Mavericks have been a part of the California League since 1991 and concluded an eight-year affiliation with the Seattle Mariners in 2014. The High Desert franchise is located in Adelanto, CA and plays its games at the 3,808-seat Heritage Field at Stater Bros. Stadium. The Mavericks had the largest attendance increase in all of MiLB last season among clubs not relocating into a new ballpark in another state.

The Rangers move to the California League after having its High-A club in the Carolina League at Myrtle Beach from 2011-14. Texas’ High-A club has advanced to postseason play in each of the last four seasons, combining for a Carolina League best 305-250 (.550) regular season record in that span.