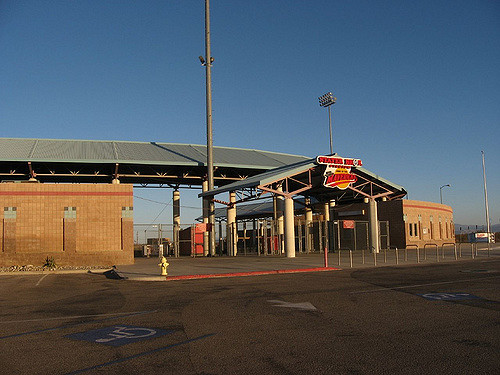 ADELANTO-(VVNG.com):  Adelanto is known for a few things, of course the prisons, and more recently the dozens of marijuana cultivations that were recently approved by the city council. One undoubtedly positive thing the city is known for is Mavericks baseball.

Although recent decisions made by the city council on behalf of the small financially sensitive city has caused controversy, these decisions have been made undoubtedly considering monetary gain.

These financial decisions have been praised by some residents, considering the city has on the brinks of financial disaster for most of it’s just over 100 year existence. Unfortunately, with these new decisions, the one thing that helps provide morale within the city is something that the city council is now describing as “expendable”.

In an open letter to fans, released to fans on Monday, January 25, 2016 Mavericks baseball officials expressed their dismay with the city of Adelanto City Council’s decision to void the team’s lease for Heritage Field (formerly Mavericks Stadium). In the letter the action was described as “nothing short of remarkable”.

“Our lease, which constitutes a binding legal contract, was negotiated by the City Manager of Adelanto, vetted by City personnel, recommended by both the City Attorney and the Mayor, and approved by the City’s duly elected body, the City Council. “ The city, who once according to Maverick’s officials said that the team was an “integral part of the City and the region” now says that the team “serves no public purpose”.

Mavericks officials have reached out to the city for a possible resolution to maintain their still active lease.

“The team is taking steps to enforce its rights under the lease. We have asked the City to engage in formal mediation to resolve the matter; should they decline, we will seek to have the lease’s validity confirmed through a formal arbitration process, and we are confident that we will prevail.”

The team says that intend on remaining at Heritage Field for the 2016 baseball season, the 26th season in the High Desert beginning on Thursday, April 7, 2016.