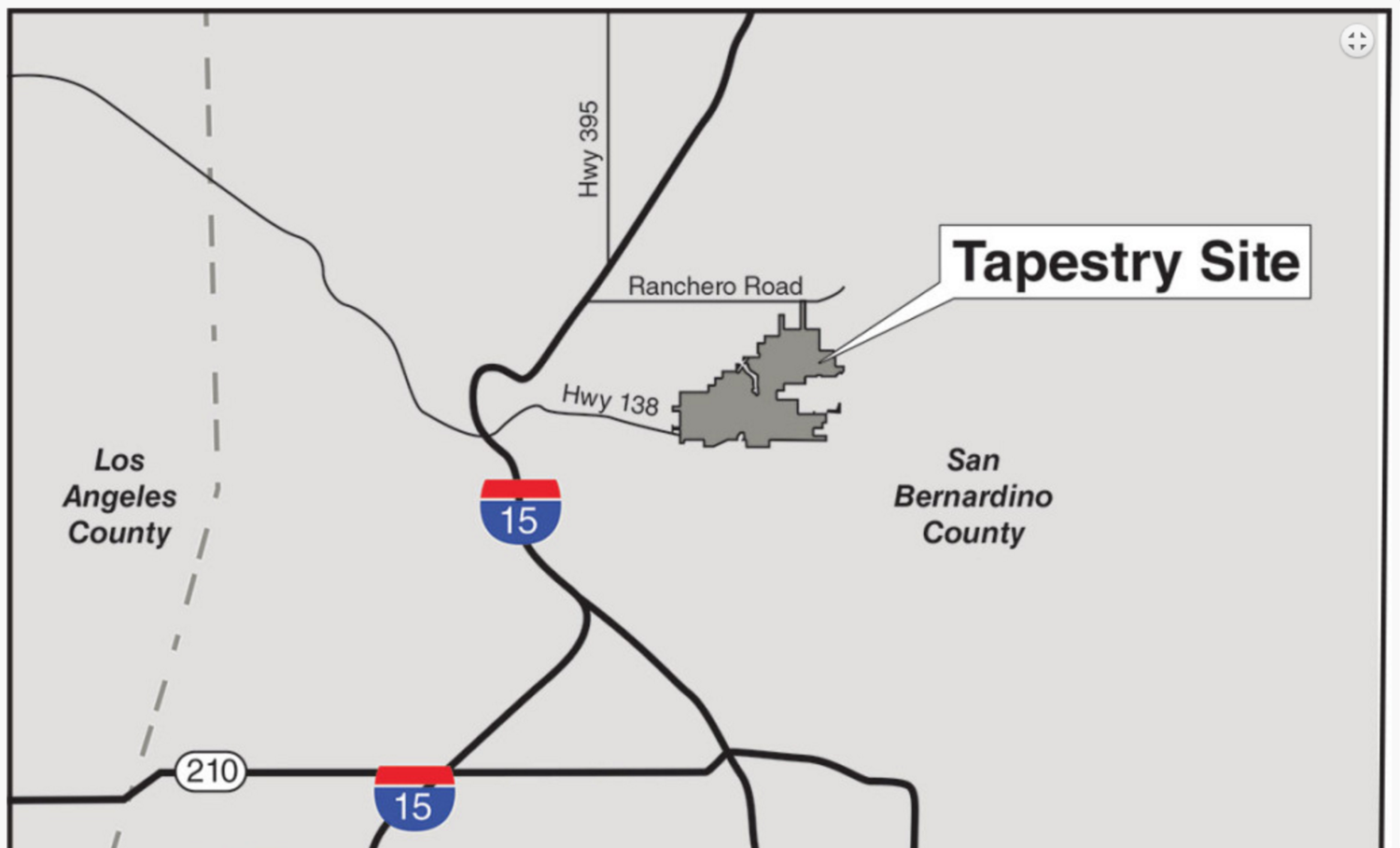 HESPERIA:(VVNG.com)- On January 26th, 2016, the Hesperia city council, much to the dismay of the majority of Hesperia residents, approved the Tapestry project to move forward with their planned development. The developers, the Terra Verde Group, are touting the development as a master-planned community that is aimed at younger families, preservation, and environmental sustainability.

The planned project limits are planned to be north of the 138 and 173 Highways east of Arrowhead Lake Road, south of Ranchero Road and extending west to the Hesperia city limits according to the plan map. Over 16,000 homes are planned in the community that will sit on 9,365 acres of what is now empty land.

Victor Valley residents have expressed numerous concerns regarding this planned housing project. One of the concerns is that the area will be inundated with low-income renters, lowering the value of the surrounding properties.

Other area homeowners expressed the concern for the natural beauty of the area where they have for years enjoyed hiking in the area of untouched nature. “ It’s so beautiful out there, my favorite place up here. So much for nice trips the back way to Crestline,” said Evelyn Stanislaus, on a Victor Valley News Facebook group post.

Some worry about the area wildlife losing their home possibly leading to the extinction of some. “The complete disregard for preserving some of the wildlife areas and wetlands that are all too rare and have been developed over in our desert,” added Brittany Sherman-Hanson.

Overcrowding and additional traffic in an area that in recent history had a small-town feel, is growing, to some too fast for it’s own good. “ What about a hospital? Should not move one stone without first building a trauma center? [It] takes 2 days to get a bed now,” said Mary Tretteen Dorow, showing concern with the extended hospital waits.

Though many have negative thoughts of the change in the unincorporated area that the Tapestry project is planned for, there are some that see positive effects that it may have in the Victor Valley. “Contrary to popular belief, a lot of people will benefit from the project. It will give many men an opportunity for local work while the construction is being done,” said James Brand. “I understand the concern about the open landscape in that area, but they had taken that into consideration and had made plans accordingly.”