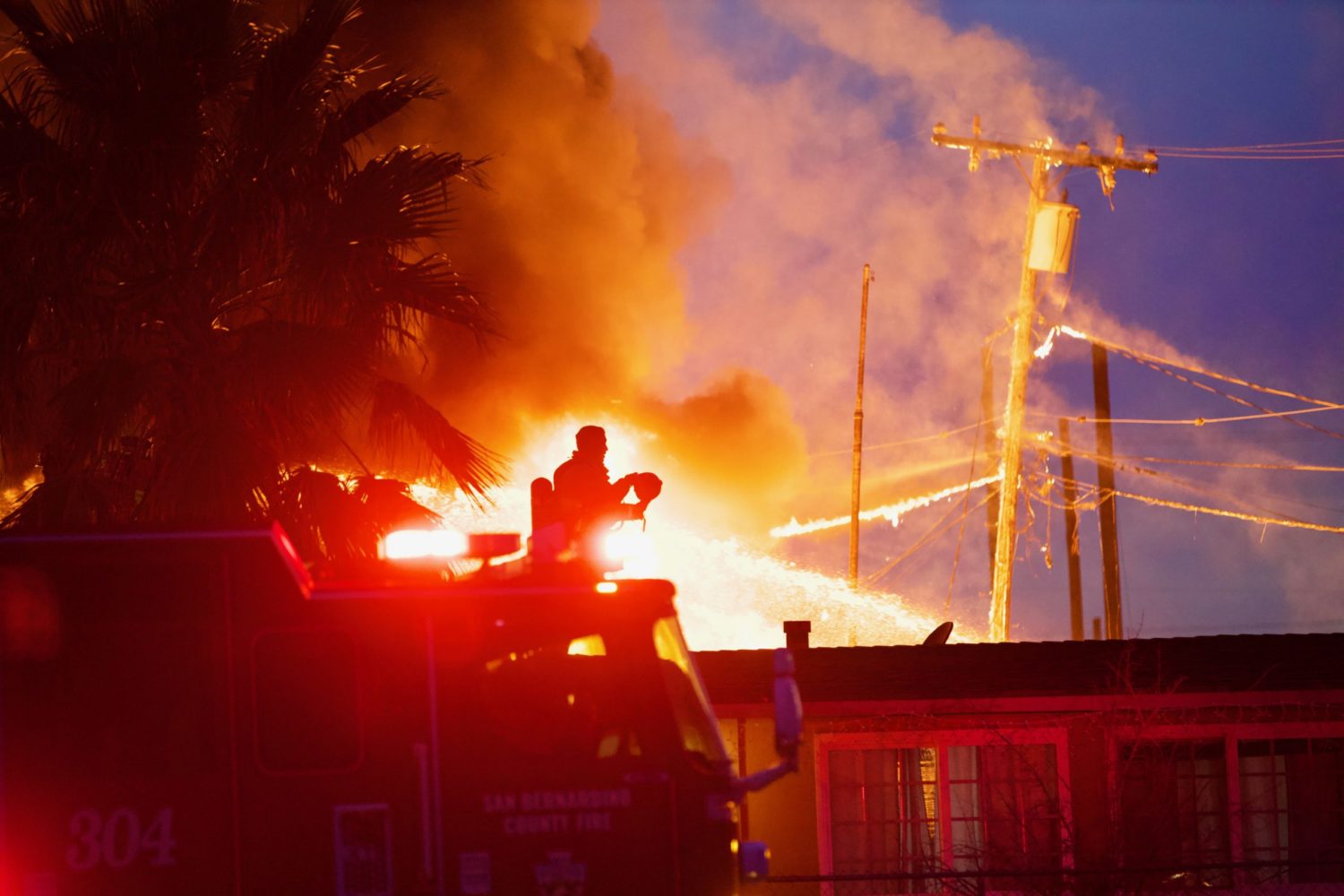 ADELANTO, Calif. (VVNG.com) — Firefighters worked quickly to gain the upper hand on a massive fire at a nursery yard in Adelanto.

The second-alarm fire was reported just after 4:30 pm on January 12, 2022, in the 18100 block of Baldwin Street. The incident was dubbed the “Baldwin” fire and crews reported they had multiple exposures that were threatened by the large fire.

Fire crews worked quickly to contain the fire from spreading to adjacent buildings. At least two of the power poles near the property burned, causing lines to fall.

Pallets of irrigation hose and other landscaping supplies caused a large column of black smoke to billow into the sky that was seen from almost everywhere in the Victor Valley.

Victorville City Fire along with the Apple Valley Fire Protection District responded to assist with fire fighting efforts. The cause of the fire is currently under investigation and no injuries have been reported.

The site of the fire is the former location of SB County Fire Station 321 that was sold years ago but the apparatus bay was being used by the nursery.

Fire crews were able to save the adjacent strip mall and the vast majority of the fire has been knocked down. Crews will remain on scene for an extended amount of time for mop-up efforts. This story is developing and additional information will be updated as it becomes available.