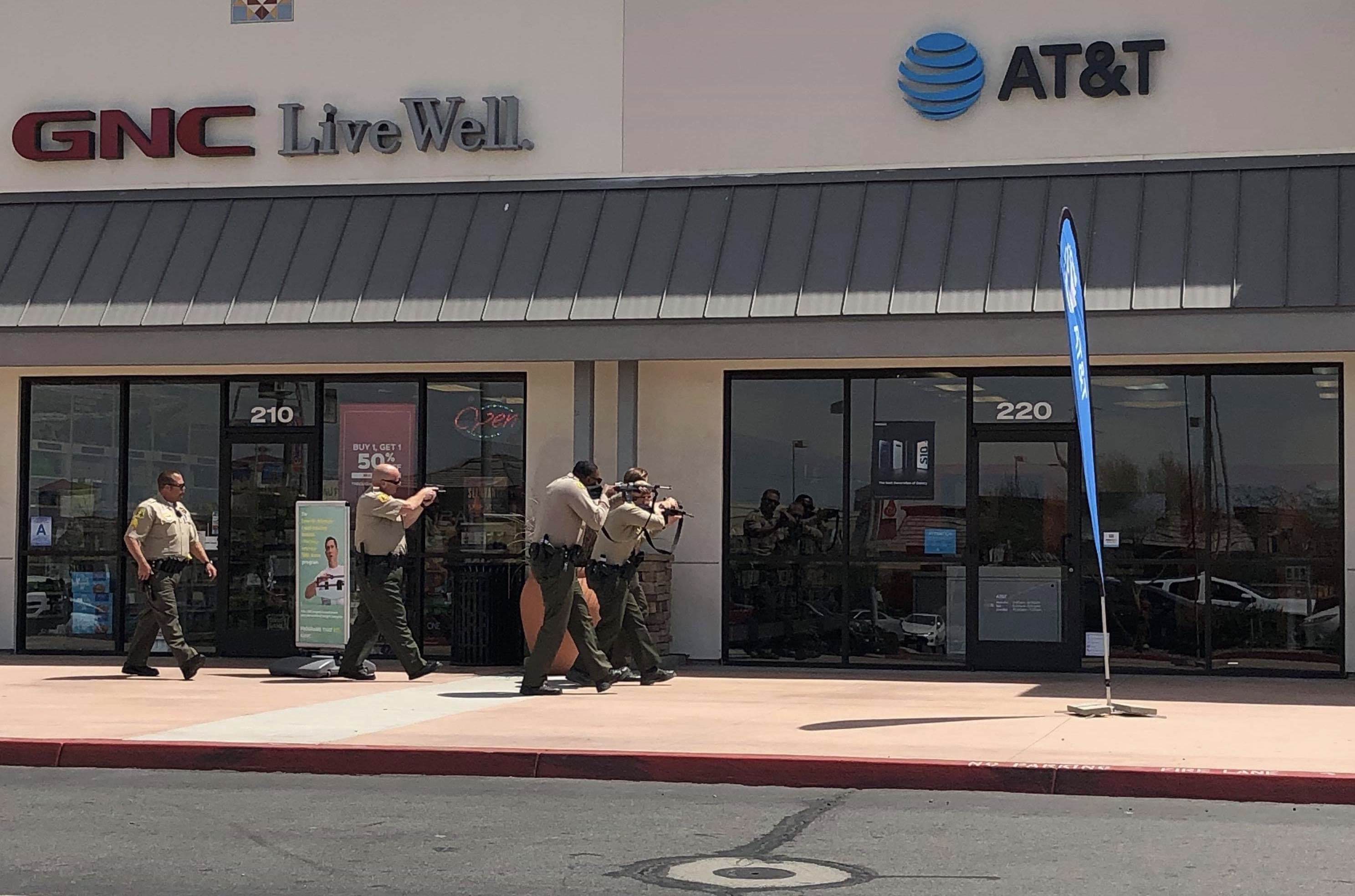 At about 12:41 p.m., Sheriff’s Dispatch received a silent alarm activation from a wireless store in the 12700 block of Main Street near the shopping center anchored by Target.

Hesperia Deputies quickly swarmed the building with guns drawn and were able to detain a male in his thirties.

According to a witness, the man first entered the Verizon wireless store and then left and went into the AT&T.

Inside the store, the man was attempting to grab phones from the display.

“When the employee was on the phone trying to call the police, the man was taking the phone from her,” stated the witness.

The suspect was arrested and booked on attempted robbery charges.

Authorities said no injuries were reported.

UPDATE – The suspect in this incident was identified by sheriff’s officials as James Philip Sanchez III, 37, of Fontana. His bail is set at $50,000 and his next court appearance is scheduled for April 10, 2019.